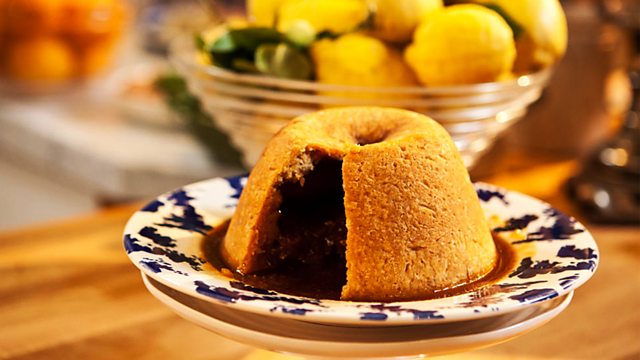 Hairy Bikers’ Best of British episode 15 – Puddings:  The hairy duo create some classic puds and explore the history and traditions behind our favourites.

Whether savoury or sweet, the British love puddings. There is no point in counting calories with delicious puds but the bikers do try and burn some off when they take part in the world black pudding throwing competition in Lancashire. Stunning food and fascinating stories told by the popular culinary duo. The bikers continue their culinary journey through time as they celebrate British food.

Try a traditional English dessert with tangy slices of lemon in a rich butterscotch sauce. Serve with double cream or ice cream.

Pease pudding complements the saltiness of gammon perfectly in this classic English dish.

Hairy Bikers' Best of British episode 15 - Puddings:  The hairy duo create some classic puds and explore the history behind our favourites.