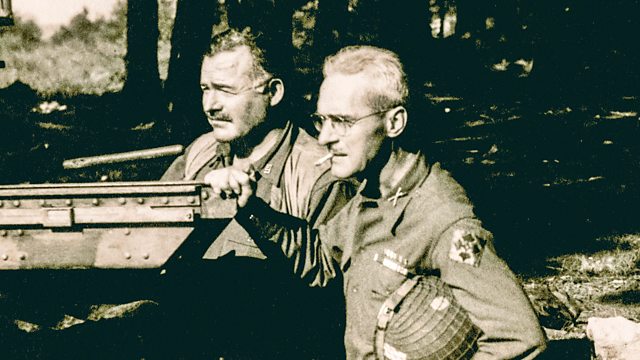 Hemingway episode 5: Reeling from his split with Martha, Hemingway attaches himself to the U.S. Army as it moves through Normandy and liberates Paris. After the war, he tries to start a new life with Mary Welsh but is beset with personal tragedies and professional mishaps. He publishes The Old Man and the Sea.

The Old Man and the Sea

The Old Man and the Sea is a short novel written by the American author Ernest Hemingway in 1951 in Cayo Blanco (Cuba), and published in 1952. It was the last major work of fiction written by Hemingway that was published during his lifetime. One of his most famous works, it tells the story of Santiago, an aging Cuban fisherman who struggles with a giant marlin far out in the Gulf Stream off the coast of Cuba.

In 1953, The Old Man and the Sea was awarded the Pulitzer Prize for Fiction, and it was cited by the Nobel Committee as contributing to their awarding of the Nobel Prize in Literature to Hemingway in 1954.

Written in 1951, The Old Man and the Sea is Hemingway’s final full-length work published during his lifetime. The book, dedicated to Charlie Scribner and to Hemingway’s literary editor Max Perkins, was simultaneously published in book form – featuring a cover illustration by his young muse, Adriana Ivancich,  and black and white illustrations by Charles Tunnicliffe and Raymond Sheppard – and featured in Life magazine on September 1, 1952. The first edition print run of the book was 50,000 copies and five million copies of the magazine were sold in two days.

Hemingway episode 5: Reeling from his split with Martha, he attaches himself to the U.S. Army as it moves through Normandy and liberates Paris