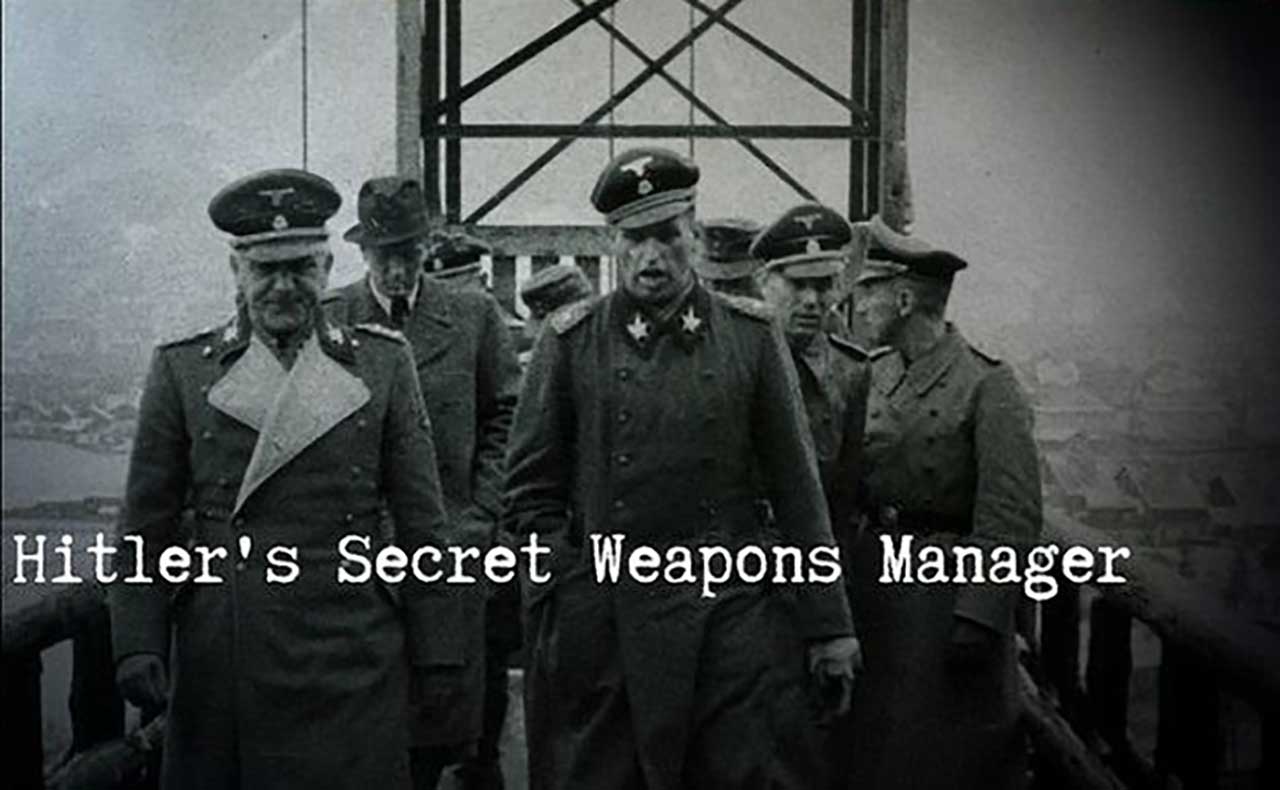 Hitler’s Secret Weapons Manager: When SS General Hans Kammler, a key figure in the Nazis’ secret weapons programme, vanished in 1945 he was said to have taken his own life. Yet recently discovered documents cast doubt on this claim. ZDF History shows evidence of this for the first time. A US Air Force Secret Service document dated May 30, 1945 lists a number of high-ranking German prisoners of war who are available for interrogation: alongside Albert Speer and Hermann Goering, Hans Kammler is also included – three weeks after his alleged death.

In November 1945, the intelligence chief of the U.S. Air Forces in Europe ordered Kammler to be interrogated because of his knowledge of the most important bombproof underground armaments facilities, as knowledge about this could be of importance for future wars waged with rockets and atomic bombs.

Other documents demonstrate the SS general’s far-reaching responsibilities over the secret projects: missiles, nuclear energy, and jet aircraft. He also controlled a network of important underground armaments sites and research facilities. Did the man, described as the “technocrat of death,” a man behind Hitler’s secret weapons program survive the war? Was SS General Hans Kammler covertly brought to the USA to safeguard his knowledge? Kammler controlled a widespread network of underground production sites vital to the German war effort. But Kammler was not merely in charge of the latest state of the art weapons technology.

The former architect and civil engineer was also one of the key figures behind the construction of concentration camps and the systematic employment of their inmates as forced labourers. In the end, he escaped being charged as a war criminal at the Nuremberg trials. The disappearance and the two lives of Hans Kammler — a story of empty graves and questions that still call for answers. This absorbing documentary investigates the various rumours concerning Kammler’s fate, including the possibility that the Allies considered his knowledge of sufficient value to have him covertly spirited away across the Atlantic, behind a convenient smokescreen of mystery and confusion.

Hans Kammler was an SS-Obergruppenführer responsible for Nazi civil engineering projects and its top secret weapons programmes. He oversaw the construction of various Nazi concentration camps before being put in charge of the V-2 rocket and jet programmes towards the end of World War II. Kammler disappeared in May 1945, during the final days of the war. There has been much conjecture regarding his fate.

After the RAF successfully bombed the rocket production facilities at Peenemünde during August 1943, Reich Ministry of Armaments and War Production Albert Speer recommended transferring the V-2 rocket production underground. Hitler immediately agreed with Speer and the two decided that the SS, with its massive supply of slave labor was best suited for this task. As the SS construction chief, Kammler was selected to oversee the project—along with representatives from Speer’s ministry, Gerhard Degenkolb and Karl Maria Hettlage—which began at a huge fuel storage facility in Thuringia under the Mittelwerke GmbH.

By the end of August 1943, Kammler had a sizable detachment of concentration camp inmates from Buchenwald working at the new underground installation and before the year was out, there were so many slave laborers that another facility (Mittelbau-Dora concentration camp) had to be established. The secret weapons projects for which Kammler was given responsibility included manufacturing both the Messerschmitt Me 262 and the V-2, which Kammler—in a construction effort of ruthless brutality and speed—had in production before the end of 1943.

The tunnels and weapons were built in horrendous conditions by the slave laborers from Mittelbau-Dora. Research has found that of the 60,000 people that passed through Mittelbau-Dora camp, an estimated 10,000 died producing the V2 alone, which is double the roughly 5,000 killed by the weapon system in Britain and Belgium combined. More than 20,000 died at Mittelbau-Dora in total throughout the camp’s existence. Kammler’s attitude towards the prisoners was utter indifference, having once exclaimed, “Don’t worry about the victims. The work must proceed ahead in the shortest time possible”

Hitler's Secret Weapons Manager: When SS General Hans Kammler, a key figure in the Nazis' secret weapons programme, vanished in 1945 he was said to have taken his own life.