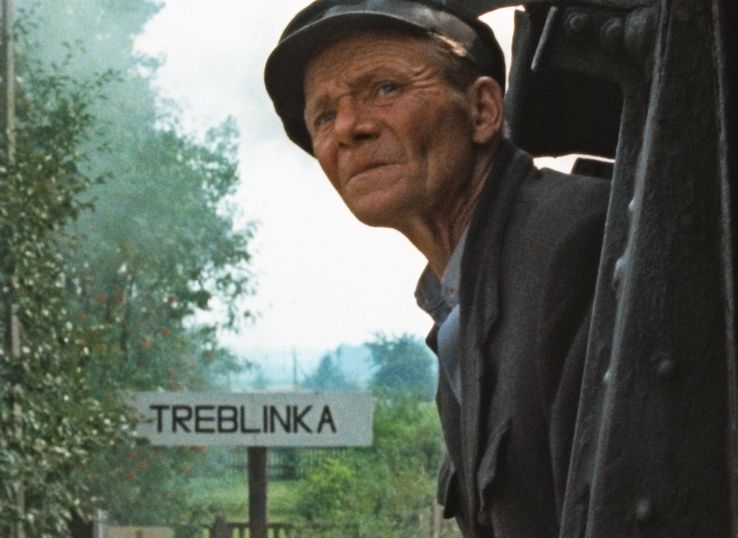 Spectres of the Shoah

Spectres of the Shoah is a 2015 documentary-short film exploring the life and work of French director Claude Lanzmann. The film was written, directed, and produced by British filmmaker and journalist Adam Benzine.

In 1973, Claude Lanzmann started shooting Shoah, a nearly 10-hour film that many regard as the most important ever made about the Holocaust. The Frenchman worked for a full 12 years on the documentary, which was commissioned by the Israeli Ministry of Foreign Affairs. But making Shoah left its mark on Lanzmann. He filmed 200 hours of material in 14 countries, before spending five years editing it. And then there was the infamous confrontation with a former Nazi and his henchmen.

The director described his documentary as “a film about death, not about surviving.” He explains in Spectres of the Shoah how it wore him out and almost deprived him of his will to live. Lanzmann experienced the completion of Shoah as a death, and it took a long time for him to recover from it. The now almost 90-year-old filmmaker discusses his warm friendship with Simone de Beauvoir and Jean-Paul Sartre, and his teenage years in the French resistance during the Second World War. The film also features unseen material from his magnum opus.

Spectres of the Shoah

Shoah is a 1985 French documentary film about The Holocaust, directed by Claude Lanzmann. Over nine hours long and 11 years in the making, the film presents Lanzmann’s interviews with survivors, witnesses and perpetrators during visits to German Holocaust sites across Poland, including extermination camps.

Released in Paris in April 1985, Shoah won critical acclaim and several prominent awards, including the New York Film Critics Circle Award for Best Non-Fiction Film and the BAFTA Award for Best Documentary. Simone de Beauvoir hailed it as a “sheer masterpiece”, while documentary maker Marcel Ophüls (who would later win an Academy Award for Best Documentary Feature for Hotel Terminus: The Life and Times of Klaus Barbie three years later) called it “the greatest documentary about contemporary history ever made”. The film was not well received in Poland; the Polish government argued that it accused Poland of “complicity in Nazi genocide”.

Title
Spectres of the Shoah
Description

Spectres of the Shoah is a 2015 documentary-short film exploring the life and work of French director Claude Lanzmann.