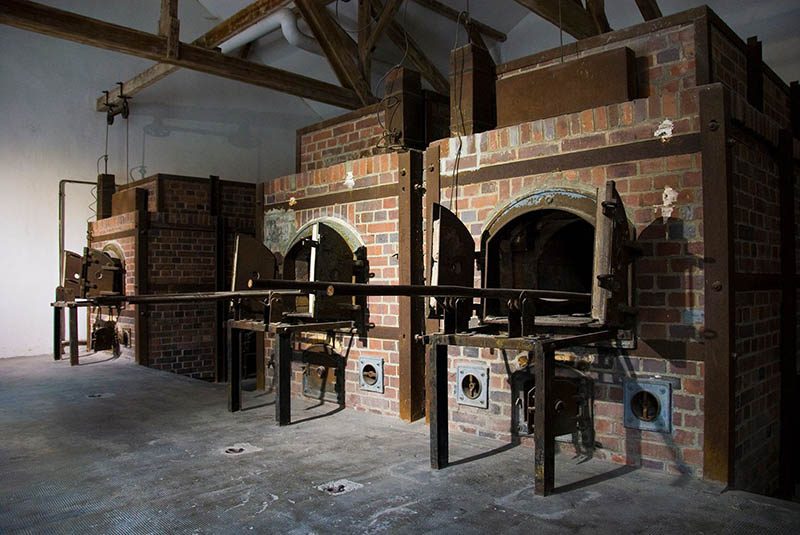 Dachau Concentration Camp, was situated 12 miles northwest of Munich in Bavaria. Built in the early days of the Nazi regime it was one of three camps set up in 1933 to form the basis for a concentration camp system, initially filled with communist and Jewish inmates Dachau’s doors were soon opened to many other “undesirables” that the Nazis wanted to eradicate.

Dachau was one of the worst and most notorious death camps and the scene of hundreds of medical experiments carried out on inmates, during 1941 and 1942 over 500 horrendous operations were performed on healthy prisoners. In the last year of the war more than 40,000 prisioners perished in Dachau.

Hundreds of prisoners suffered and died, or were executed in medical experiments conducted at KZ Dachau, for which Sigmund Rascher was in charge. Hypothermia experiments involved exposure to vats of icy water or being strapped down naked outdoors in freezing temperatures. Attempts at reviving the subjects included scalding baths, and forcing naked women to copulate with the unconscious victim. Nearly 100 prisoners died during these experiments. The original records of the experiments were destroyed “in an attempt to conceal the atrocities”.

Some 30,000 inmates died there from exhaustion, disease, malnutrition, pneumonia, etc. due to the poor living conditions. Many were executed or died as the result of brutal medical experimentation. Over the course of its operation, over 100 Dutch resistance fighters were executed at Sachsenhausen. The Dutch subsequently sought the extradition from Czechoslovakia of Antonín Zápotocký, who became President of Czechoslovakia, for his alleged role in the murder of the Dutch during his time as a kapo at the camp. According to an article published on 13 December 2001 in The New York Times, “In the early years of the war the SS practiced methods of mass killing there that were later used in the Nazi death camps. Of the roughly 30,000 wartime victims at Sachsenhausen, most were Russian prisoners of war”.

The construction of the camp, the day to day life in it, and the suffering of the 200,000 prisoners from many countries are the subjects of this film.

Dachau Concentration Camp, was situated 12 miles NW of Munich. Built in the early days of the Nazi regime it was one of three camps set up in 1933

1989: The Year that Made the Modern World episode 3

In Search of Myths and Heroes episode 4 – Arthur

The Pacific In The Wake of Captain Cook with Sam Neill ep. 3