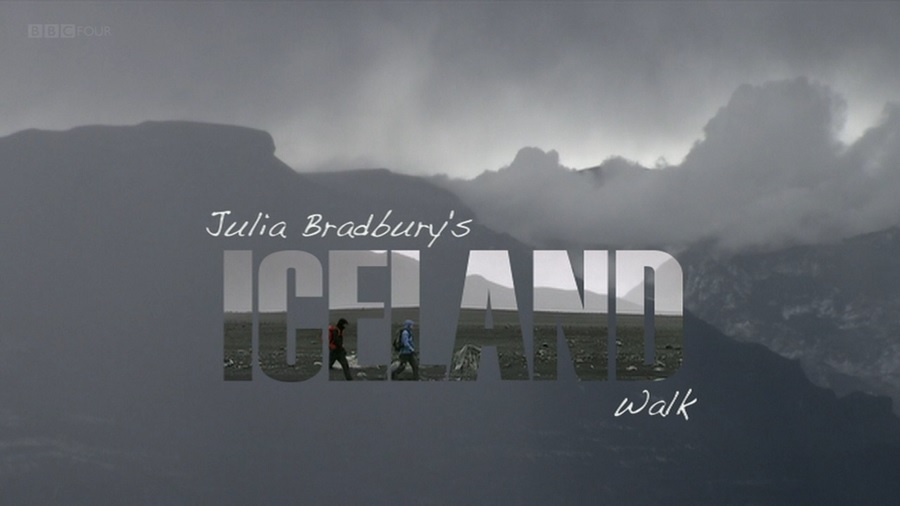 Julia Bradbury’s Icelandic Walk: Julia Bradbury heads for Iceland to embark on the toughest walk of her life. Her challenge is to walk the 60 kilometres of Iceland’s most famous hiking route, a trail that just happens to end at the unpronounceable volcano that brought air traffic across Europe to a standstill in 2010.

Eyjafjallajökull is one of the smaller ice caps of Iceland, north of Skógar and west of Mýrdalsjökull. The ice cap covers the caldera of a volcano with a summit elevation of 1,651 metres (5,417 ft). The volcano has erupted relatively frequently since the Last Glacial Period, most recently in 2010, when, although relatively small for a volcanic eruption, it caused enormous disruption to air travel across western and northern Europe for a week.

The stratovolcano, whose vents follow an east–west trend, is composed of basalt to andesite lavas. Most of its historical eruptions have been explosive. However, fissure vents occur on both (mainly the west) sides of the volcano.

The volcano is fed by a magma chamber under the mountain, which in turn derives from the tectonic divergence of the Mid-Atlantic Ridge. It is part of a chain of volcanoes stretching across Iceland. Its nearest active neighbours are Katla, to the northeast, and Eldfell, on Heimaey, to the southwest. The volcano is thought to be related to Katla geologically, in that eruptions of Eyjafjallajökull have generally been followed by eruptions of Katla.

Iceland is a Nordic island country in the North Atlantic, with a population of 364,134 and an area of 103,000 km2 (40,000 sq mi), making it the most sparsely populated country in Europe. The capital and largest city is Reykjavík. Reykjavik and the surrounding areas in the southwest of the country are home to over two-thirds of the population. Iceland is volcanically and geologically active.

The interior consists of a plateau characterised by sand and lava fields, mountains, and glaciers, and many glacial rivers flow to the sea through the lowlands. Iceland is warmed by the Gulf Stream and has a temperate climate, despite a high latitude just outside the Arctic Circle. Its high latitude and marine influence keep summers chilly, with most of the archipelago having a polar climate.

Julia Bradbury's Icelandic Walk: Julia Bradbury heads for Iceland to embark on the toughest walk of her life, her challenge is to walk the 60 kilometres

The Lakes with Simon Reeve episode 1