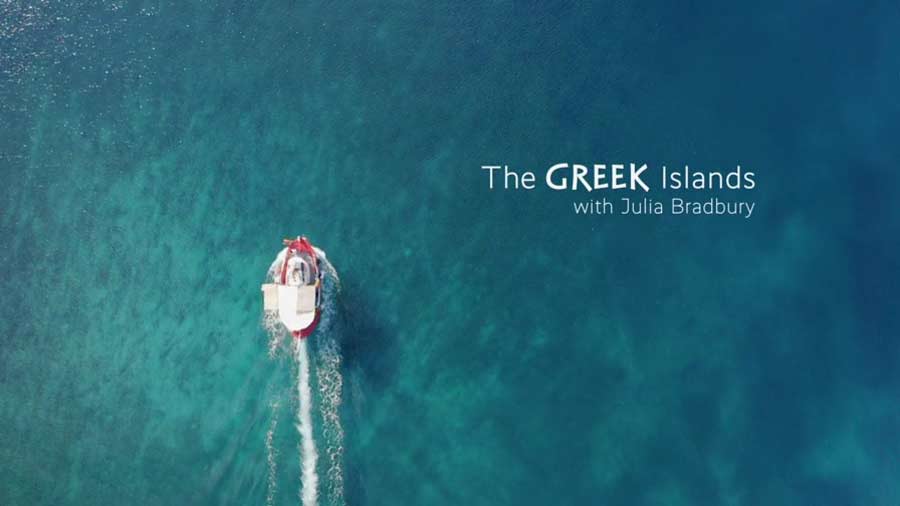 The Greek Islands with Julia Bradbury episode 1 – Crete: In the first episode of the series, presenter Julia Bradbury visits the picturesque, rustic and rugged island of Crete, exploring the Dikti mountains and its plateau of windmills. She also visits an island that used to be a leper colony.

Crete is the largest and most populous of the Greek islands, the 88th largest island in the world and the fifth largest island in the Mediterranean Sea, after Sicily, Sardinia, Cyprus, and Corsica. It bounds the southern border of the Aegean sea. Crete lies approximately 160 km (99 mi) south of the Greek mainland. It has an area of 8,336 km2 (3,219 sq mi) and a coastline of 1,046 km (650 mi).

Crete and a number of surrounding islands and islets constitute the Region of Crete (Greek: Περιφέρεια Κρήτης), the southernmost of the 13 top-level administrative units of Greece; the region is the fifth most populous region of Greece. Its capital and largest city is Heraklion, located on the northern shore of the island. As of 2011, the region had a population of 623,065. The Dodecanese are located to the northeast of Crete, while the Cyclades are situated to the north, separated by the Sea of Crete. The Peloponnese is to the region’s northwest.

Humans have inhabited the island since at least 130,000 years ago, during the Paleolithic age. Crete was the centre of Europe’s first advanced civilization, the Minoans, from 2700 to 1420 BC; the Minoan civilization was overrun by the Mycenaean civilization from mainland Greece. Later, Crete fell under Roman rule, and afterwards the Byzantine Empire, Andalusian Arabs, the Venetian Republic, and the Ottoman Empire successively ruled Crete. The Cretan people, who maintained a desire to join the Greek state, achieved independence from the Ottomans in 1898 as the Cretan State and became part of Greece in December 1913.

Dikti or Dicte is a mountain range on the east of the island of Crete in the regional unit of Lasithi. On the west it extends to the regional unit of Heraklion. According to some Greek mythology, Zeus was reared on this mountain in a cave called Dictaeon Antron (Psychro Cave). On the north of the main massif, the Lasithi Plateau is located.

The main massif forms a horseshoe around the valley of Selakano. Large parts of the mountain area, including the Selakano valley, are forested with pines (Pinus brutia), Kermes oaks (Quercus coccifera), cypresses (Cupressus sempervirens), Holm Oaks (Quercus ilex) and Cretan Maples (Acer sempervirens). The fertile valleys and plateaus of Dikti/Dicte are of significant importance in the local economy.