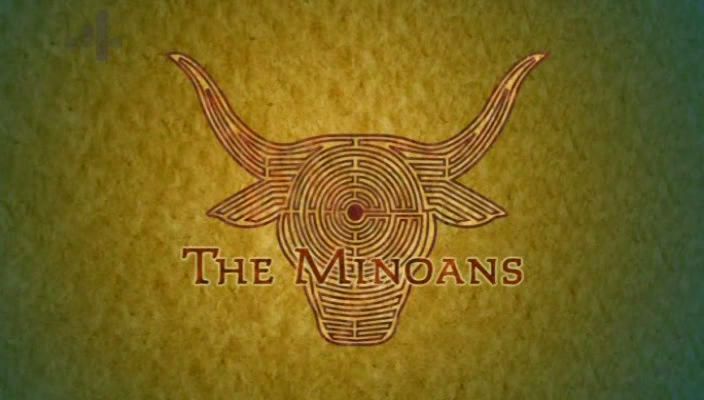 The Ancient World episode 3 - The Minoans

The Ancient World episode 3 – The Minoans: In this fascinating feature-length documentary historian Bettany Hughes continues her history of the Ancient World with a visit to Crete to recount one of the greatest archaeological discoveries ever made.

The story of the Minotaur and the Labyrinth is perhaps the most compelling of all Greek myths. Just over 100 years ago, English archaeologist Arthur Evans went to the ‘Minotaur’s Island’ to explore the roots of this myth and discovered instead a sophisticated Bronze Age civilisation that had been lost to history for thousands of years. He called them The Minoans, and the riches of their culture astonished the world, prompting Evans to proclaim them the first civilisation of the Western World. But was this view unduly romantic? In the past decade, new archaeological discoveries have added fascinating layers of complexity to the picture originally painted by Evans.

The Minoan civilization was a Bronze Age Aegean civilization on the island of Crete and other Aegean Islands, flourishing from c. 2700 to c. 1450 BC until a late period of decline, finally ending around 1100 BC. It represents the first advanced civilization in Europe, leaving behind massive building complexes, tools, stunning artwork, writing systems, and a massive network of trade. The civilization was rediscovered at the beginning of the 20th century through the work of British archaeologist Sir Arthur Evans. The name “Minoan” derives from the mythical King Minos and was coined by Evans, who identified the site at Knossos with the labyrinth and the Minotaur. The Minoan civilization has been described as the earliest of its kind in Europe, and historian Will Durant called the Minoans “the first link in the European chain”.

The Minoan civilization is particularly notable for its large and elaborate palaces up to four stories high, featuring elaborate plumbing systems and decorated with frescoes. The most notable Minoan palace is that of Knossos, followed by that of Phaistos. The Minoan period saw extensive trade between Crete, Aegean, and Mediterranean settlements, particularly the Near East. Through their traders and artists, the Minoans’ cultural influence reached beyond Crete to the Cyclades, the Old Kingdom of Egypt, copper-bearing Cyprus, Canaan and the Levantine coast and Anatolia. Some of the best Minoan art is preserved in the city of Akrotiri on the island of Santorini, which was destroyed by the Minoan eruption.

Sex in the Ancient World