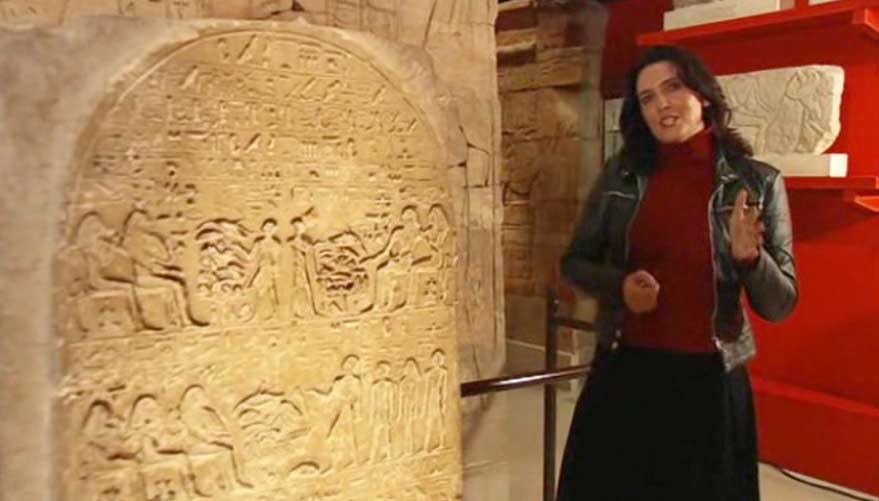 The Ancient World episode 2 – Engineering Ancient Egypt: Through their superlative buildings, the legacy of the Egyptian empire continues to enthrall people to this day.

Yet these incredible structures were made over 4,000 years ago. Historian Bettany Hughes explores what drove the people of this ancient civilisation to build on such a massive scale. The story is told through the reigns of two pharaohs – Khufu and Ramesses II. Separated by 1,200 years, they both ruled during periods of incredible architectural ambition. Under Khufu, the Great Pyramid of Giza was constructed; while under Ramesses II the temples of Abu Simbel came into being. But what drove this ambition? This documentary attempts to get into the hearts and minds of these early Egyptians in their unstoppable pursuit of immortality via great feats of engineering.

Khufu known to the ancient Greeks as Cheops, was an ancient Egyptian monarch who was the second pharaoh of the Fourth Dynasty, in the first half of the Old Kingdom period (26th century BC). Cheops succeeded his father Sneferu as king. He is generally accepted as having commissioned the Great Pyramid of Giza, one of the Seven Wonders of the Ancient World, but many other aspects of his reign are poorly documented.

The only completely preserved portrait of the king is a three-inch high ivory figurine found in a temple ruin of a later period at Abydos in 1903. All other reliefs and statues were found in fragments, and many buildings of Khufu are lost. Everything known about Khufu comes from inscriptions in his necropolis at Giza and later documents. For example, Khufu is the main character noted in the Westcar Papyrus from the 13th dynasty.

Ramesses II, also known as Ramesses the Great, was the third pharaoh of the Nineteenth Dynasty of Egypt. He is often regarded as the greatest, most celebrated, and most powerful pharaoh of the New Kingdom. His successors and later Egyptians called him the “Great Ancestor”.

He is known as Ozymandias in Greek sources (Koinē Greek: Οσυμανδύας Osymandýas), from the first part of Ramesses’ regnal name, Usermaatre Setepenre, “The Maat of Ra is powerful, Chosen of Ra”.

Ramesses II led several military expeditions into the Levant, reasserting Egyptian control over Canaan. He also led expeditions to the south, into Nubia, commemorated in inscriptions at Beit el-Wali and Gerf Hussein. The early part of his reign was focused on building cities, temples, and monuments. He established the city of Pi-Ramesses in the Nile Delta as his new capital and used it as the main base for his campaigns in Syria. At fourteen, he was appointed prince regent by his father, Seti I.

He is believed to have taken the throne in his late teens and is known to have ruled Egypt from 1279 to 1213 BC. Manetho attributes Ramesses II a reign of 66 years and 2 months; most Egyptologists today believe he assumed the throne on 31 May 1279 BC, based on his known accession date of III Season of the Harvest, day 27.

The Ancient World episode 2 - Engineering Ancient Egypt: Through their superlative buildings, the legacy of the Egyptian empire continues to enthrall people to this day.