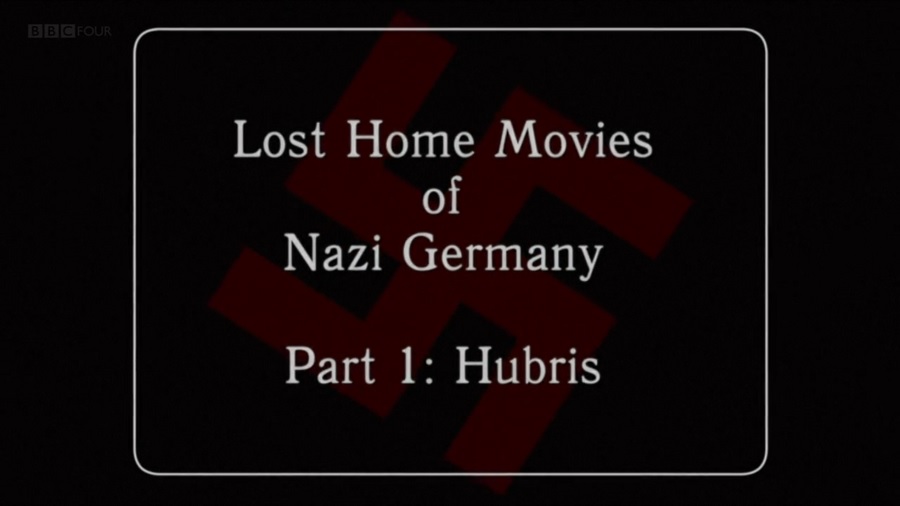 Lost Home Movies of Nazi Germany episode 1: A candid look at what life was really like for those living in, and under Hitler’s Swastika – at home – and abroad, a record not only of what they saw, but of what they knew.

Recently discovered home movie footage from 1936 offers a unique and novel insight into what people in Germany were thinking and experiencing. In these prewar days, Germany was on a high and the Hitler Youth seemed like fun and games, but Nazi control was soon to become an all-pervading force, militarising the nation. The rise of anti-Semitism is explicit and grotesque, shocking even though we now have the knowledge of what happens next.

The film follows an infantry division during the invasion of France, fighting their way to Dunkirk, and reveals a new perspective on what the evacuation meant for the average German soldier. On the Eastern Front, a far darker and more visceral journey across the endless Russian steppe and the almost unimaginable horrors unleashed during Operation Barbarossa is captured by a soldier.

As well as amateur movie footage, the film charts the progress of the war through the diaries of ordinary Germans, some dizzy with excitement at what Hitler had achieved, others horrified by the effect it was having on their friends and families.

Nazi Germany is the common English name for Germany between 1933 and 1945, when Adolf Hitler and his Nazi Party (NSDAP) controlled the country through a dictatorship. Under Hitler’s rule, Germany became a totalitarian state where nearly all aspects of life were controlled by the government. The official name of the state was Deutsches Reich (German Reich) until 1943 and Großdeutsches Reich (Greater German Reich) from 1943 to 1945.

Nazi Germany is also known as the Third Reich (Drittes Reich), meaning “Third Realm” or “Third Empire”, the first two being the Holy Roman Empire (800–1806) and the German Empire (1871–1918). The Nazi regime ended after the Allies defeated Germany in May 1945, ending World War II in Europe.

Hitler was appointed Chancellor of Germany by the President of the Weimar Republic, Paul von Hindenburg, on 30 January 1933. The NSDAP then began to eliminate all political opposition and consolidate its power. Hindenburg died on 2 August 1934 and Hitler became dictator of Germany by merging the offices and powers of the Chancellery and Presidency. A national referendum held 19 August 1934 confirmed Hitler as sole Führer (leader) of Germany.

All power was centralised in Hitler’s person and his word became the highest law. The government was not a coordinated, co-operating body, but a collection of factions struggling for power and Hitler’s favour. In the midst of the Great Depression, the Nazis restored economic stability and ended mass unemployment using heavy military spending and a mixed economy. Using deficit spending, the regime undertook extensive public works, including the construction of Autobahnen (motorways). The return to economic stability boosted the regime’s popularity.

Lost Home Movies of Nazi Germany episode 1: A candid look at what life was really like for those living in, and under Hitler's Swastika - at home - and abroad