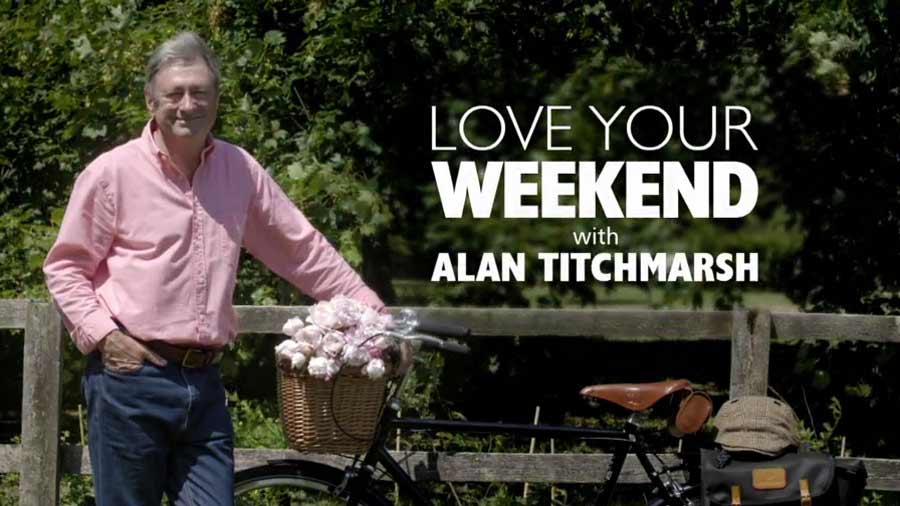 Love Your Weekend with Alan Titchmarsh episode 1: New series. Alan Titchmarsh hosts from Hampshire, celebrating the great British countryside. Joining him this week are singer Jason Donovan and Strictly judge Craig Revel Horwood, while Alan revisits his time at Highgrove with the Prince of Wales and David Domoney offers simple tips for how to welcome in the wildlife.

He chats to the set designers as well as to guests Craig Revel Horwood and Jason Donovan who reveal how they like to spend Sundays before getting a lesson on keeping hens and hearing from Lord Montagu of Beaulieu about his remarkable collection of vintage cars. Of course, there’s some gardening, too, with a reminder of Alan’s 2010 interview with Prince Charles at Highgrove.

It’s like spending a relaxing weekend in the countryside while staying at home.

Jason Sean Donovan (born 1 June 1968) is an Australian actor and singer. He initially achieved fame in the Australian soap Neighbours, playing Scott Robinson, before beginning a career in music in 1988. In the UK he has sold over 3 million records. His debut album Ten Good Reasons was the highest-selling album in the UK in 1989, with sales of over 1.5 million. He has had four UK No. 1 singles, one of which was “Especially for You”, his 1988 duet with fellow Neighbours co-star Kylie Minogue. He has also appeared in several stage musicals, most prominently in the lead role of Joseph and the Amazing Technicolor Dreamcoat in the early 1990s.