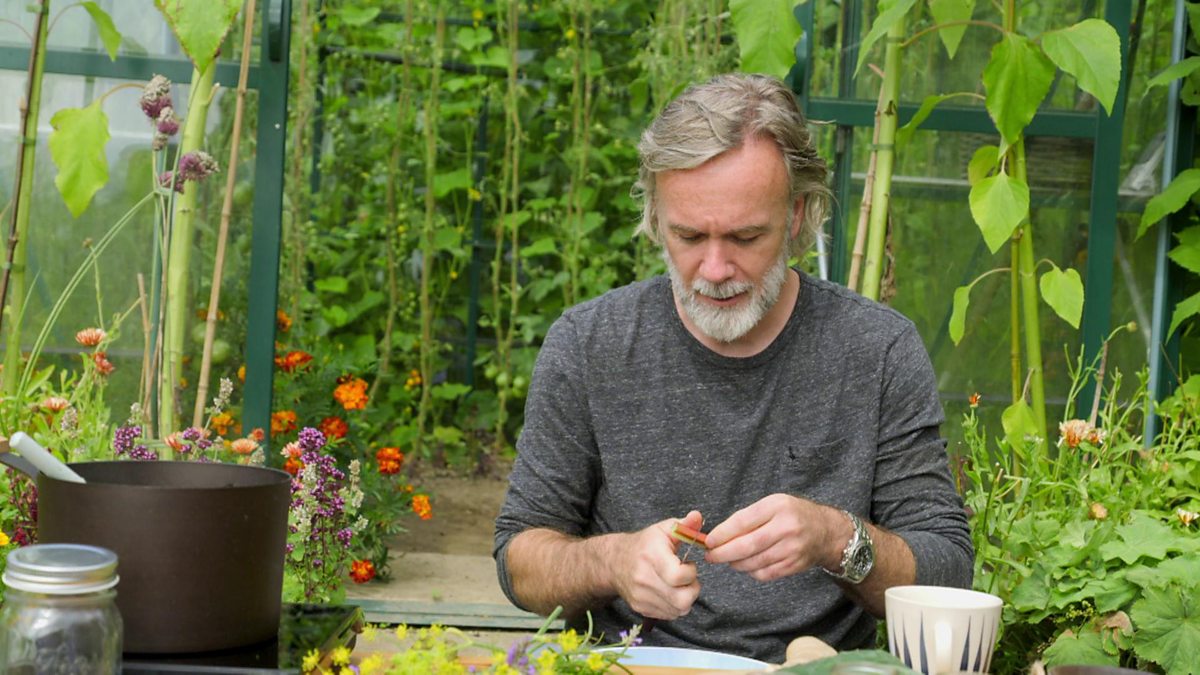 Marcus Wareing’s Tales from a Kitchen Garden episode 9: Marcus plans to make the kitchen garden a year-round enterprise. A trip to Hampshire gives him an insight into the key of all good growing, compost, before he develops his own compost back at the smallholding.

A glut of plums leads to a delicious jam that can be shared with the community, and with the orchard heavy with ripe fruit, Marcus invites the local producers in to share their wares with one another while collecting some of his produce. As the year-round plans take root, Marcus cooks up a feast to celebrate with the people who have helped him along the way.