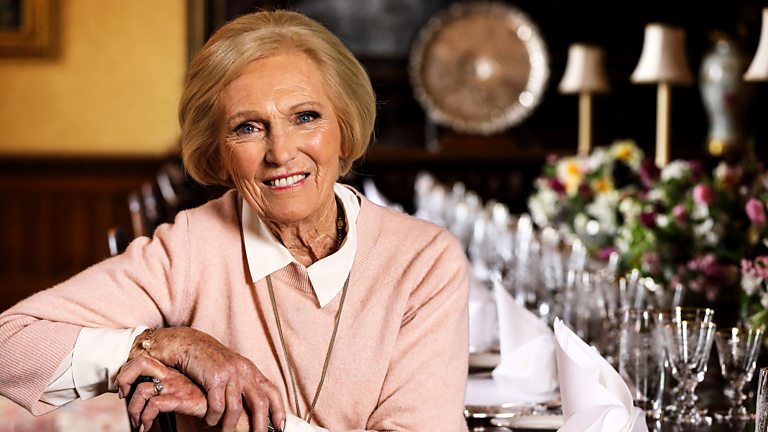 Mary Berry’s Country House Secrets episode 3: In this edition, Mary Berry visits Powderham Castle in Devon, to spend time with the Earl and Countess of Devon and their two young children. Known as Charlie and AJ, the newest generation of one of Britain’s oldest families are taking up the challenge of running a great stately home, reinventing the castle and the Earldom for the 21st century.

Mary’s time with the family reveals stories of romance and tragedy, as she discovers the attics and secret passages of this extraordinary home. In the historic kitchen she bakes a Devon cream tea and is shown a Powderham classic – curried cockles. She is also inspired to make a delicate peach posset for a Midsummer Eve woodland party the family are throwing to celebrate their two year anniversary at the castle, as well as to thank the local community.

You will need to leave the posset for at least 4 hours, or preferably overnight, to get a nice set. Brandy-soaked peaches are the treat at the base of this dessert.

Peel the broad beans for a tender bite, and a vibrant green colour to go with the asparagus and other summery ingredients.

Butterfly leg of lamb with flatbreads and herby raita

Leave the lamb to marinate for at least two hours to really get the flavours going. The lamb could also be cooked on the barbecue if you wish.