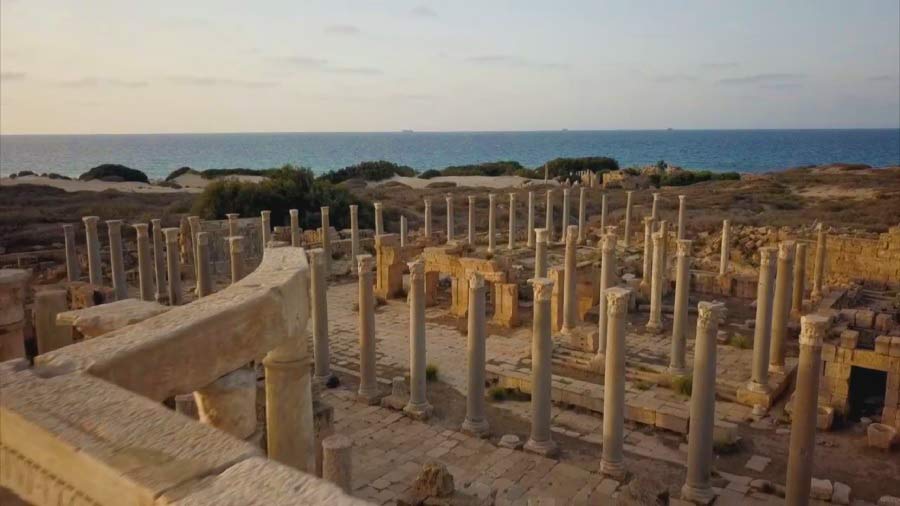 Mediterranean with Simon Reeve episode 3: Simon Reeve embarks on the third leg of his epic four-part journey around the Mediterranean. He begins in Libya – a country well off the tourist trail and torn apart by revolution, insurgents from the so-called Islamic State and western air strikes. Simon visits the Mediterranean city of Sirte, which has been the scene of heavy fighting.

Here Simon witnesses some of the worst destruction he has ever seen, with entire neighbourhoods of the city completely flattened. He also visits the remains of Leptis Magna – one of the world’s best-preserved Roman cities which many feared could fall into the hands of IS – and meets the young volunteers who risked their lives to protect it.

Travelling west along north Africa’s Mediterranean coast, Simon arrives in Tunisia, a country that – unlike its neighbour – has long been a tourist destination. He travels to the spectacular fortress village of Chenini, where houses were carved into the mountain by the Amazigh – better known as the Berbers. Today Berbers are a small minority in Tunisia, but Simon finds one man who is keeping the traditions alive by harnessing camel power to make olive oil and excavating rock by hand to build new Berber homes.

From Tunisia, Simon boards the overnight ferry to the island famous as home to the mafia, Sicily. In recent years, a government crackdown and public rebellion has substantially weakened the mafia’s grip on the island, but in the countryside there are worrying signs of a comeback. The mafia is trying to take advantage of rural Sicily’s population decline, but Simon soon discovers that migrants and refugees who have travelled across the Mediterranean to Europe are finding new homes in Italy’s emptying villages. Simon meets three inspiring sisters who – despite constant intimidation, including the skinning of their much-loved dog – are making a defiant stand against the mafia.

Simon Reeve embarks on the third leg of his epic four-part journey around the Mediterranean.

Eight Days that Made Rome: The Rebirth of Rome