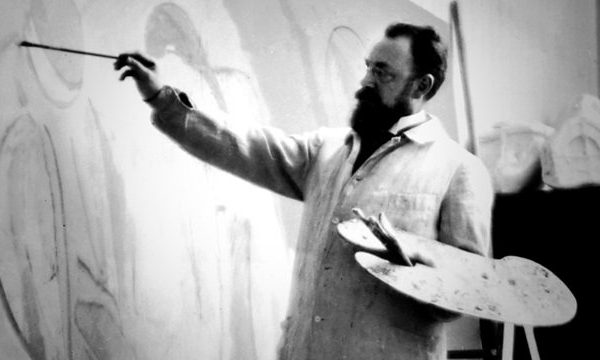 Journalist Alastair Sooke sets out to discover just how much the artist Henri Matisse has influenced our modern lives. Tracing the biography of this fascinating artist, and travelling through France, America and Russia, the programme explores some of the painter’s greatest works. Sooke explains why Matisse’s art is considered so great and also looks at how Matisse’s brilliant use of colour and simplification of form continues to inspire illustrators, designers and of course artists today.

Acknowledging the debt the famous couturier Yves St Laurent owed the painter, Sooke also talks to British designers Sir Paul Smith and Tricia Guild about their passion for Matisse, he travels to Utrecht to discover how even children’s character Miffy the rabbit owes its origin to art, and reveals how logos and images as diverse as Apple’s iPod advertising and even the 2012 Olympic logo are inspired by the modern master.

Henri Émile Benoît Matisse was a French artist, known for both his use of colour and his fluid and original draughtsmanship. He was a draughtsman, printmaker, and sculptor, but is known primarily as a painter. Matisse is commonly regarded, along with Pablo Picasso, as one of the artists who best helped to define the revolutionary developments in the visual arts throughout the opening decades of the twentieth century, responsible for significant developments in painting and sculpture.

The intense colorism of the works he painted between 1900 and 1905 brought him notoriety as one of the Fauves (wild beasts). Many of his finest works were created in the decade or so after 1906, when he developed a rigorous style that emphasized flattened forms and decorative pattern.

In 1917 he relocated to a suburb of Nice on the French Riviera, and the more relaxed style of his work during the 1920s gained him critical acclaim as an upholder of the classical tradition in French painting. After 1930, he adopted a bolder simplification of form. When ill health in his final years prevented him from painting, he created an important body of work in the medium of cut paper collage.

Tracing the biography of this fascinating artist, and travelling through France, America and Russia