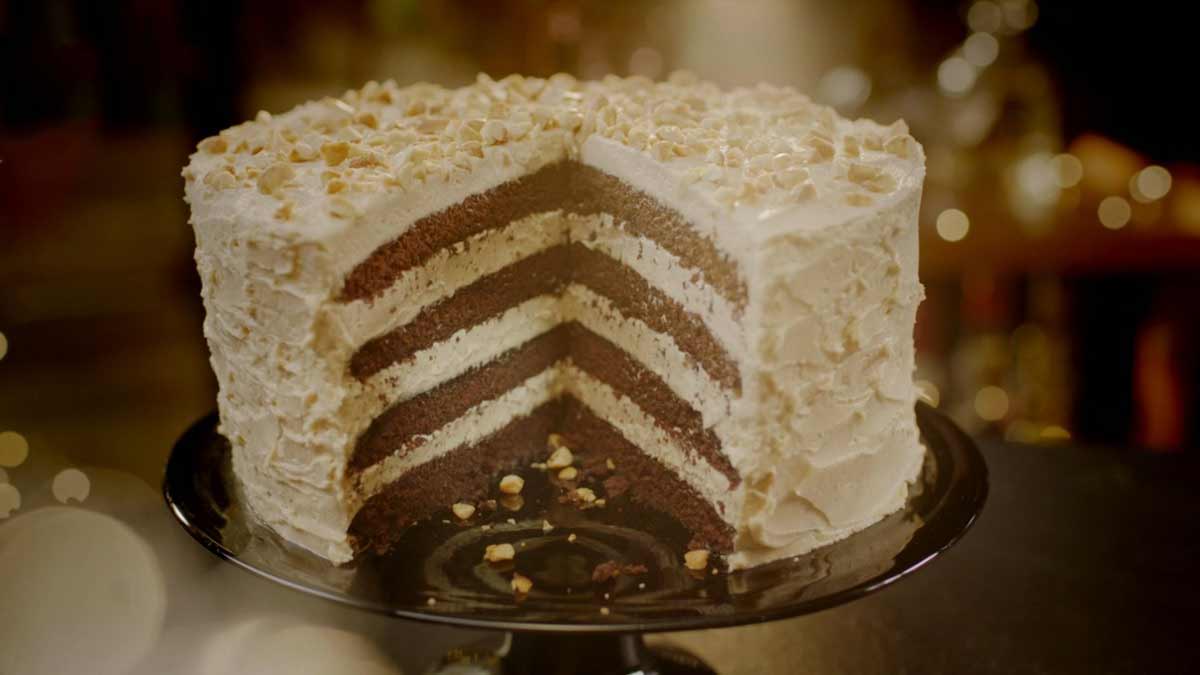 Nigella’s Cook, Eat, Repeat episode 3: Nigella shares her go-to celebratory cake – a divine, layered chocolate and peanut butter cake that will make even die-hard haters of peanut butter relent. She goes on to create a colourful rainbow dish of vegetables and spiced bulgur wheat, suitable for vegans, vegetarians and anyone who wants a tasty dish with minimal effort.

There are some new additions to Nigella’s liquorice toolbox, one of which provides the key element for a sauce to accompany her Basque burnt cheesecake. Nigella shares the rhythms and rituals of her kitchen and reveals the inspiration behind many of her recipes.

I just can’t stop making this. A lover of all cheesecakes, in every one of their manifestations, I had – I must admit – neither eaten nor heard of this until a few years ago. It is, I should say, very easy to make. There’s no crust, it’s just a wodge of tangy cheesecake that, although burnt on top, is only barely set in the middle. The hard thing is learning to take it out of the oven when it feels undercooked.

This is one of my most repeated suppers, particularly when I have vegetarian or vegan friends over, but not only then; even meat-eaters do not need to eat meat every day. And while it’s certainly enough for four, I don’t decrease quantities for two; this is most definitely something you want in a tub in the fridge to eat later in the week, whether reheated or as a salad.

Over the years, I have made many different cakes for my children’s birthdays. But for some time now, this has been the chosen one, the cake of cakes, elected to grace many special occasions – and with good reason.