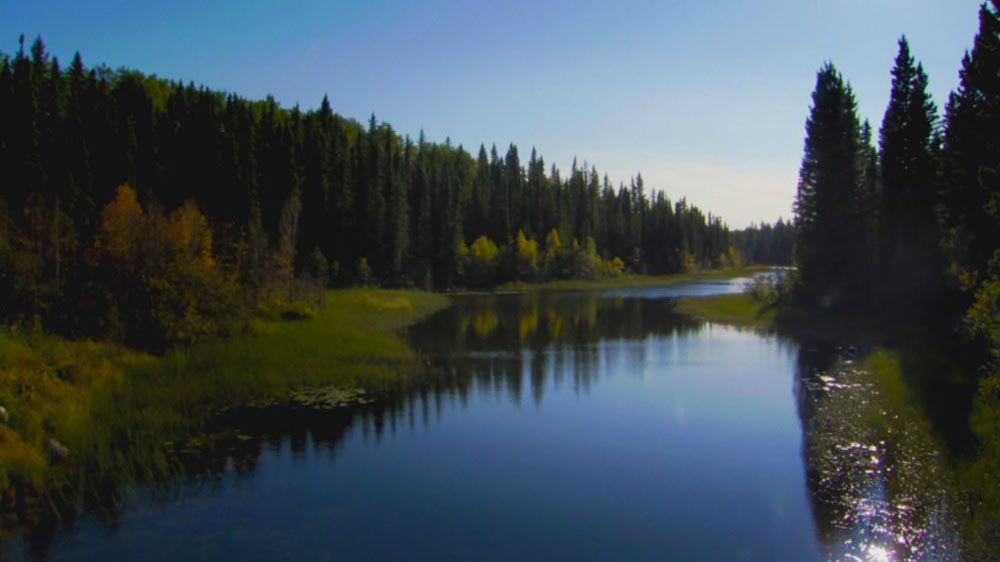 Northern Wilderness episode 3 – The Unknown Pioneer: Ray Mears goes on an epic adventure into Canada’s unforgiving yet stunning wilderness. For Ray Mears there is one British pioneer who stands above all others in the exploration of Canada. That man is Samuel Hearne. In learning to travel using First Nations skills, he set the template for successful travel into Canada’s wilderness.

Hearne’s story is defined by hardship and adventure, an inspiring tale made more powerful by the journal he left as a legacy. In a celebration of one of Earth’s last great wildernesses, Ray follows in the footsteps of his hero’s epic journey of over 1,000 miles.

Samuel Hearne (February 1745 – November 1792) was an English explorer, fur-trader, author, and naturalist. He was the first European to make an overland excursion across northern Canada to the Arctic Ocean, actually Coronation Gulf, via the Coppermine River. In 1774, Hearne built Cumberland House for the Hudson’s Bay Company, its first interior trading post and the first permanent settlement in present Saskatchewan.

Samuel Hearne was born in February 1745 in London UK. Hearne’s father was Secretary of the Waterworks, of the London Bridge who died in 1748. His mother’s name was Diana, and his sister’s name was Sarah, three years younger than Samuel. Samuel Hearne joined the British Royal Navy in 1756 at the age of 11 as midshipman under the fighting captain Samuel Hood. He remained with Hood during the Seven Years’ War, seeing considerable action during the conflict, including the bombardment of Le Havre. At the end of the Seven Years’ War, having served in the English Channel and then the Mediterranean, he left the Navy in 1763.

In February 1766, he joined the Hudson’s Bay Company as a mate on the sloop Churchill, which was then engaged in the Inuit trade out of Prince of Wales Fort, Churchill, Manitoba. Two years later he became mate on the Brigantine Charlotte and participated in the company’s short-lived black whale fishery. In 1767, he found the remains of James Knight’s expedition. In 1768, he examined portions of the Hudson Bay coasts with a view to improving the cod fishery. During this time he gained a reputation for snowshoeing.

Hearne was able to improve his navigational skills by observing William Wales who was at Hudson Bay during 1768–1769 after being commissioned by the Royal Society to observe the Transit of Venus with Joseph Dymond.