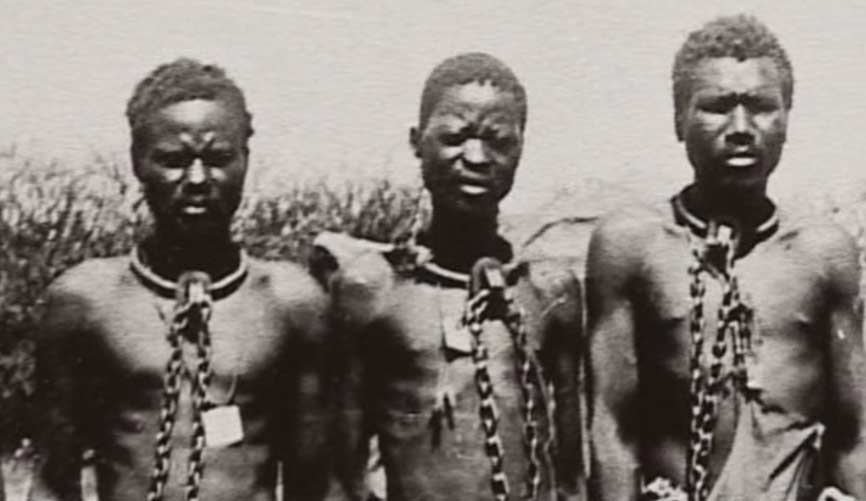 Racism – A History episode 2 – Fatal Impacts: The 19th century began with the abolitionist’s credo ‘Am I a not a man and a brother’, but ended with racial genocide in Africa. The scientific racism that was born in the middle years of the century justified the violence of colonialism and, when fused with Darwinism, even excused genocide. These same racial theories lived on into the 20th century to become part of the ideology that underpinned the Third Reich.

This three-part documentary examines the history of racism, covering its origins with the enslavement of Africans in the sixteenth century, its overt nature in the colonial projects of the European powers and its appearance within twentieth century western societies.

Featuring interviews with European, American and African academics and cultural commentators as well as employing strong images, the programme is a detailed and far-reaching assessment into the way in which racism has been constructed over the last five hundred years.

An important feature of this documentary is its strong, consistent message that racism emerged as a product of social and economic factors. Enslavement is shown to be the root of this erroneous discourse as the European intelligentsia sought to legitimise the slave trade. It is the trade of Africans which is considered to create prejudice, as Professor James Walvin states, ‘they didn’t become slave traders because of racism, they became racist because of the slave trade.’

As a means of proving that the process of African enslavement was justifiable the concept of a hierarchy of human races existing was employed. This is examined as purely as a means to continue the highly profitable trade, echoing the work of Williams by linking the desire of capitalist systems for the ceaseless acquisition of profit with the enslavement of millions. The way in which these concepts born from economic exploitation seep into social and cultural contexts is also highlighted; the works of notable and indeed cherished philosophers and authors such as Locke and Shakespeare are shown to be riddled with the racist assumptions of the period.

That the concept of racism was not initially dependent on difference in skin colour is revealed with Dr. Barnor Hesse’s discussion of the contact between the indigenous peoples of the New World and European colonists. The categorisation of ‘race’ is thereby shown to be a system whereby groups of peoples are subordinated.

Racism - A History episode 2: The 19th century began with the abolitionist's credo 'Am I a not a man and a brother', ended with racial genocide in Africa.