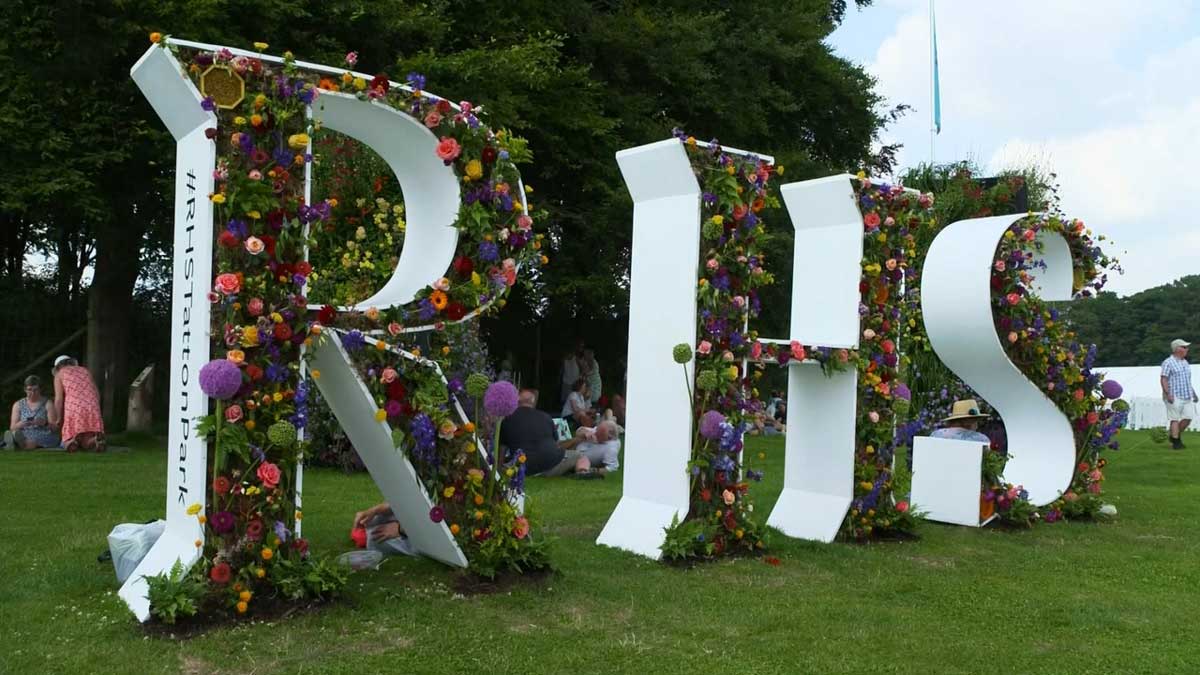 RHS Flower Show Tatton Park episode 2 2021: Rachel de Thame and Joe Swift lead the team of garden experts as this year’s RHS Flower Show Tatton Park comes to a close. Love will be in the air as Carol Klein discovers the ‘plants with passion’ on display in the floral marquee. We see how gardens can help us love ourselves and love the planet with eco-builds, wildlife-friendly planting and gardens designed to benefit our mental health.

Frances Tophill takes a look around a rewilding garden, where nature becomes the lead designer. And we see the second head-to-head ‘presenter patch’ challenge – this time Arit Anderson and Adam Frost compete under the watchful eye of judge Carol. Finally, we’ll reveal the winner of the much-anticipated RHS Young Designer of the Year competition.

RHS Flower Show Tatton Park held at Tatton Park, near Knutsford, Cheshire, first began in 1999 by the Royal Horticultural Society. The show houses the RHS National Flower Bed Competition, Young Designer of the Year Award and a wide range of inspirational show gardens, smaller ‘Back to Back’ gardens, visionary gardens and a number of marquees displaying prize plants and flora exhibits. Other key features of the show are the floral marquee and plant plaza, the arts and heritage pavilion, and the floral design studio.

By the mid-1990s the Society’s confidence in its abilities at staging regional shows had improved, and Council was considering the creation of purely RHS shows in the more far-flung regions. By 1996 negotiations were under way with Tatton Park in Cheshire, and with Strathclyde Council in Scotland. The Island, a 19-acre (77,000 m2) site between the River Clyde and Strathclyde Loch, in Strathclyde County Park, southeast of Glasgow, was chosen as the site for a show. Stephen Bennett was quoted as saying, ‘We have long known that Scotland has enormous potential for a show of international standing, and response to the concept has been overwhelming’. The target was 50,000 visitors in the first year.

Scotland’s National Gardening Show was launched in 1997, and billed as the largest flower show in Scotland since the Glasgow Garden Festival of 1988. It was publicised with a special issue of The Garden devoted to Scottish themes, and the first year was seen as a great success, with 260 exhibitors and 47,000 visitors. Over 40 per cent of the exhibitors were Scottish, and most of them had never appeared before at an RHS show. Exhibits included a Robert Fortune garden, sponsored by Christian Aid Scotland, devoted to plants that he had introduced; a mining garden; a small wildlife garden from Scottish Natural Heritage; and an exhibit recreating the centre of Inverness, planted with alpines.

The A-Z of the RHS Chelsea Flower Show