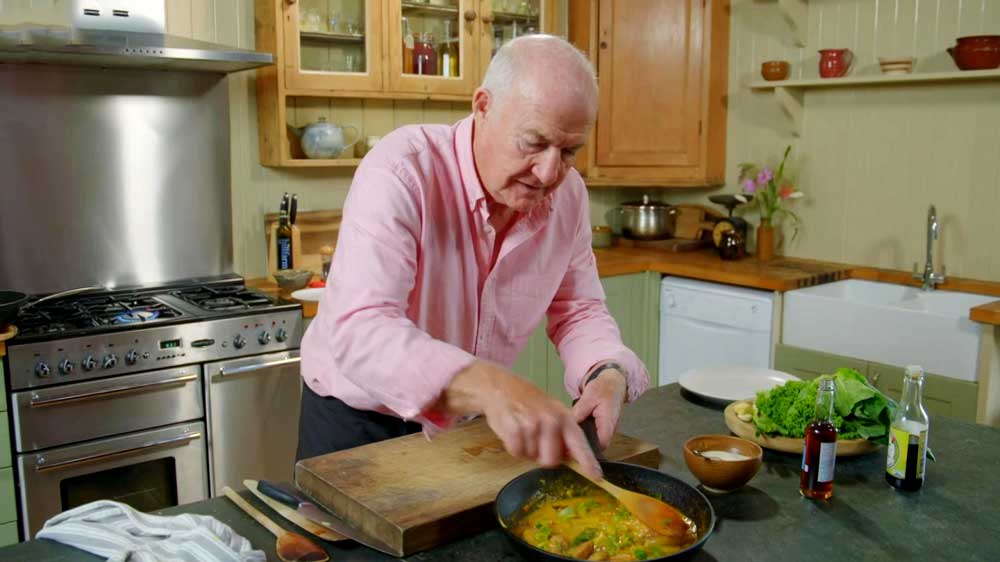 Rick Stein’s Cornwall episode 9: At Golitha Falls, where the River Fowey tumbles down to the sea, Rick meets Dawn French, Britain’s queen of comedy, who has made Cornwall her home.

In the shadow of Devonport Dockyard, he boards the world’s busiest chain ferry to cross the wide River Tamar, the ancient watery boundary between the counties of Devon and Cornwall, where he discovers an unusual event involving an elephant from the circus. And in a small pocket of the county is a man who thinks he’s discovered the next superfood, which Rick uses to cook up a delicious duck dish.

Duck breast with a sea buckthorn, chilli and ginger sauce

Sea buckthorn berries are quite tart, sort of like sour orange with hints of mango or pineapple. The berries ripen between August and December and can be found in many coastal areas. If you are not fortunate enough to be able to pick them fresh, they are available to order frozen online.