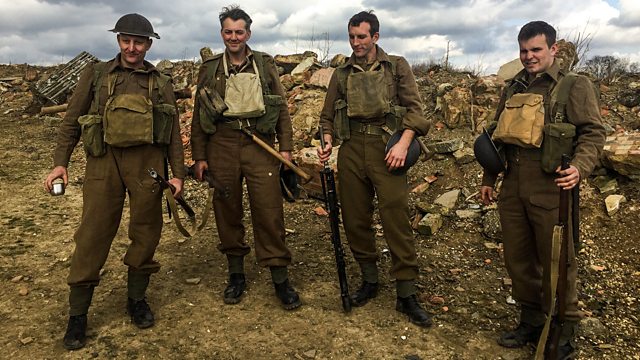 World War Speed – The Drugs that Won WWII: It’s long been known that German soldiers used a methamphetamine, called Pervitin, during WWII. But have tales of Nazis on speed obscured the massive use of stimulants by British and American troops?

Did total war unleash the world’s first pharmacological arms race? And in the face of industrial slaughter, what role did drugs play in combat? Historian James Holland is on a quest to dig deeper and unearth the truth behind World War Speed.

During World War II, methamphetamine was sold in tablet form under the brand name Pervitin (not to be confused with Perviton, which is a synonym for Phenatine), produced by the Berlin-based Temmler pharmaceutical company. It was used by all branches of the combined Wehrmacht armed forces of the Third Reich, for its stimulant effects and to induce extended wakefulness. Pervitin became colloquially known among the German troops as “Stuka-Tablets” (Stuka-Tabletten) and “Herman-Göring-Pills” (Hermann-Göring-Pillen).

Side effects were so serious that the army sharply cut back its usage in 1940. By 1941, usage was restricted to a doctor’s prescription, and the military tightly controlled its distribution. Soldiers would only receive a couple tablets at a time, and were discouraged from using them in combat. Historian Lukasz Kamienski says “A soldier going to battle on Pervitin usually found himself unable to perform effectively for the next day or two. Suffering from a drug hangover and looking more like a zombie than a great warrior, he had to recover from the side effects.” Some soldiers turned very violent, committing war crimes against civilians; others attacked their own officers.