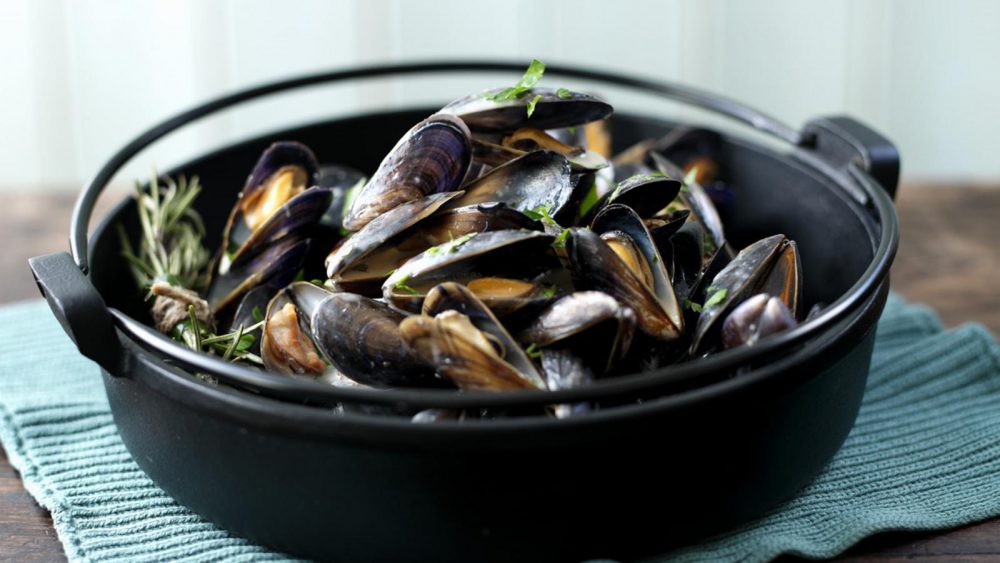 Rick Stein’s Cornwall episode 4: The town of Launceston in east Cornwall is bypassed by many who visit the county, yet Rick discovers that it’s home to an unusual superstition and a rare type of Norman castle. In the far west of Cornwall, Rick meets Graham Fitkin and Ruth Wall, two musicians who combine modern and traditional ways to make some extraordinary compositions. Rick rounds off his trip by cooking an alfresco dish of Cornish mussels with cider.

Cook yourself a restaurant-style moules marinière in six simple steps – a splash of white wine, cider or beer gives an extra kick.