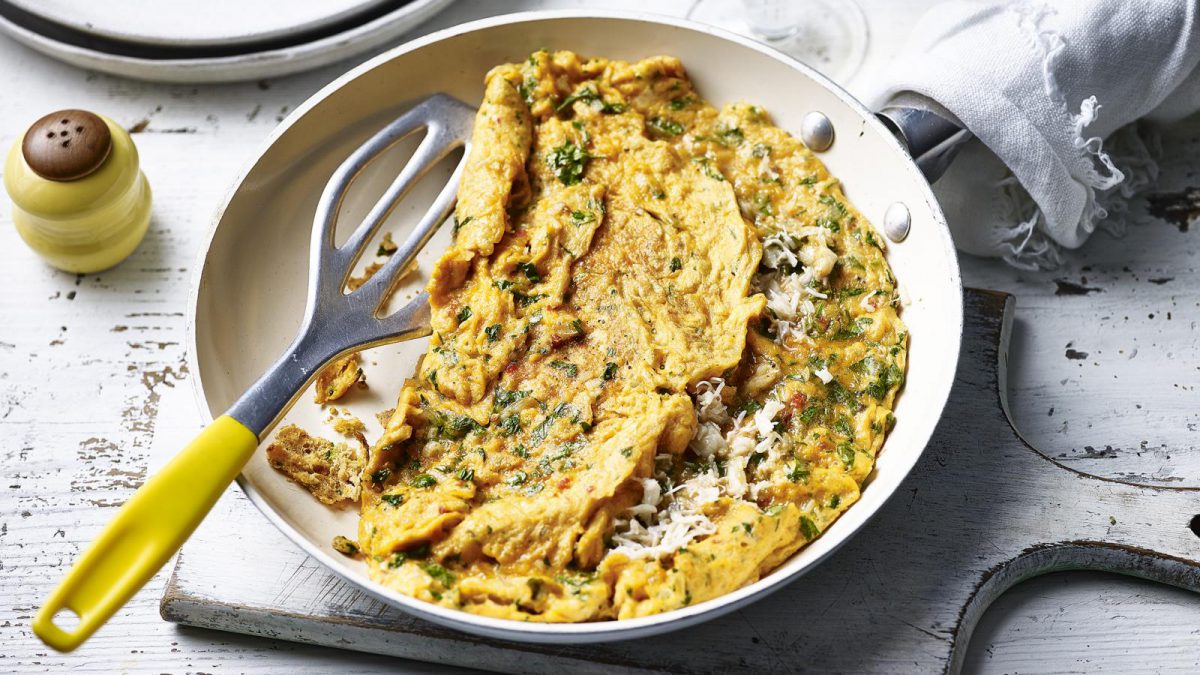 Rick Stein’s Cornwall episode 5: Rick Stein meets his good friend, the actor and comedian Barry Humphries, who fell in love with Cornwall in the 1960s when he escaped London to develop his now famous character, Dame Edna Everage, with near-disastrous consequences. Barry talks about his friendship with Britain’s favourite poet, John Betjeman, and asks Rick to review his homemade fishcakes. Rick also goes fishing for crab, before cooking a simple yet delicious crab omelette. And he takes a dip in the chilly north Atlantic with an eccentric group of wild water swimmers called the Perranporth Blue Tits.

A basic omelette is given an indulgent twist with rich clotted cream and sweet crabmeat. It feels special, but couldn’t be simpler to make.

Rick Stein's Cornwall episode 5: Rick meets his friend, the actor and comedian Barry Humphries, who fell in love with Cornwall in the 60s