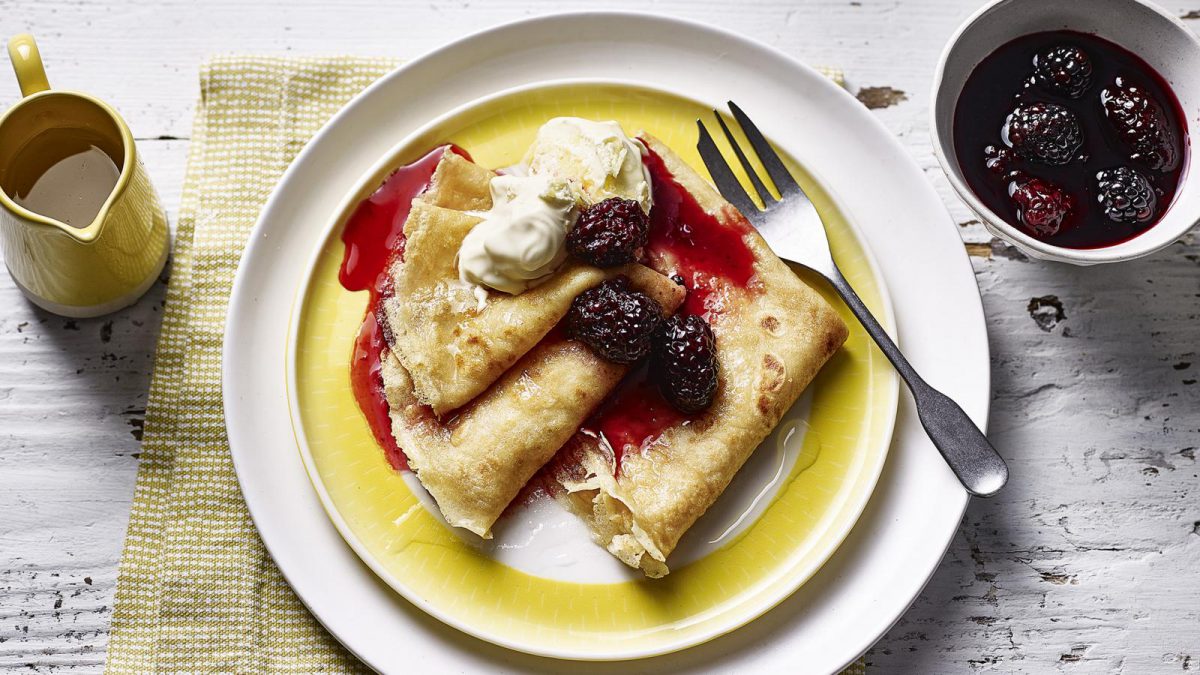 Rick Stein’s Cornwall episode 7: Rick explores one of Cornwall’s hidden secrets, the secluded and stunning Fowey Estuary, joining his friend on a boat trip to learn about the history of the area and getting a unique view of the beautiful buildings along the river bank.

Downstream, after a meal of crab scotch eggs at a fashionable new restaurant, Rick discovers that the historic town of Fowey was once a hotbed of piracy. Just above the town is a family making a prize-winning Cornish vodka, which Rick uses to make a delicious pancake with a wild blackberry compote and Cornish clotted cream.

Traditional thin pancakes are drizzled with lemon and blackberry sauces for a fabulous dessert or special breakfast. Leave out the vodka if you prefer. 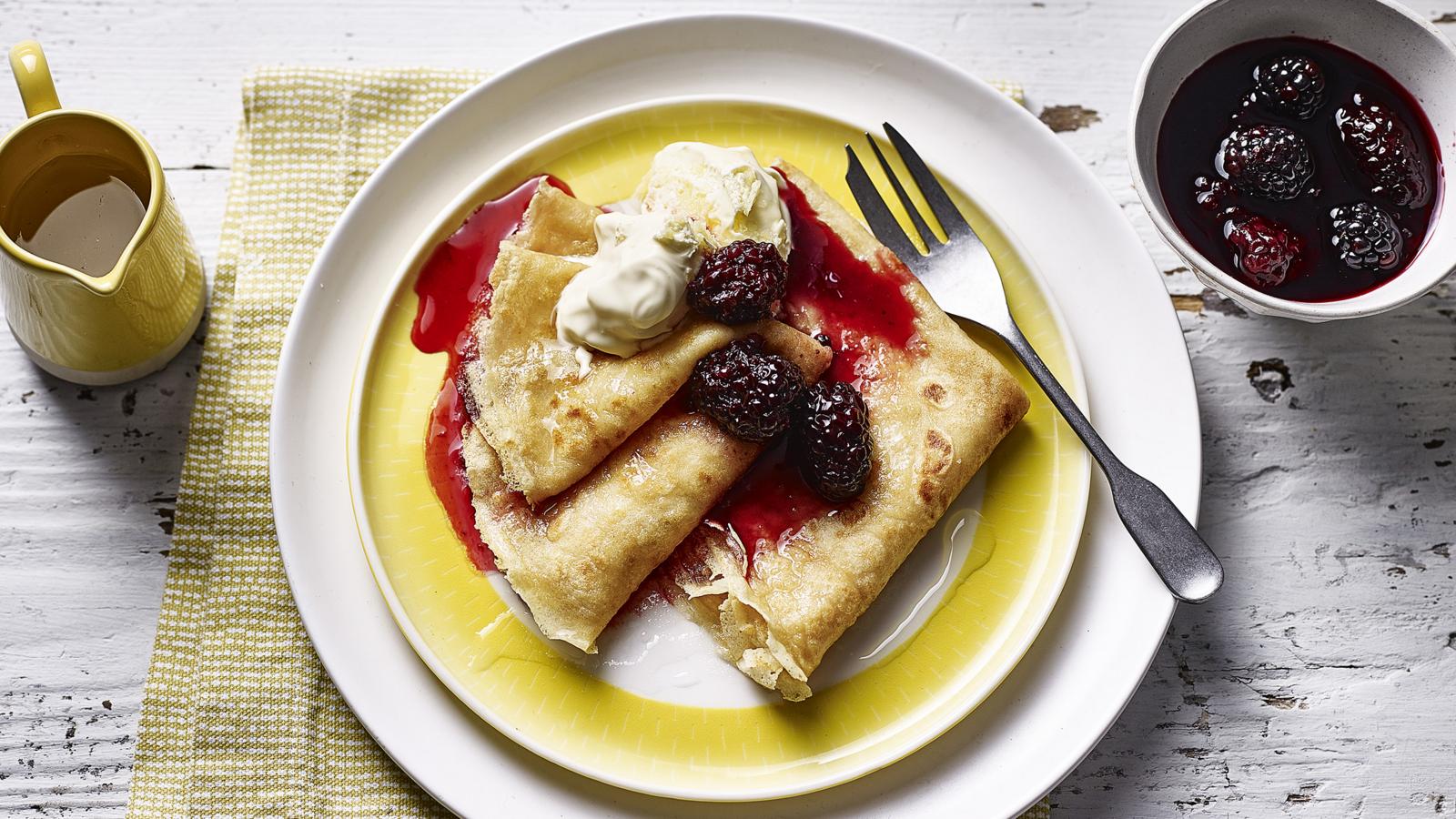