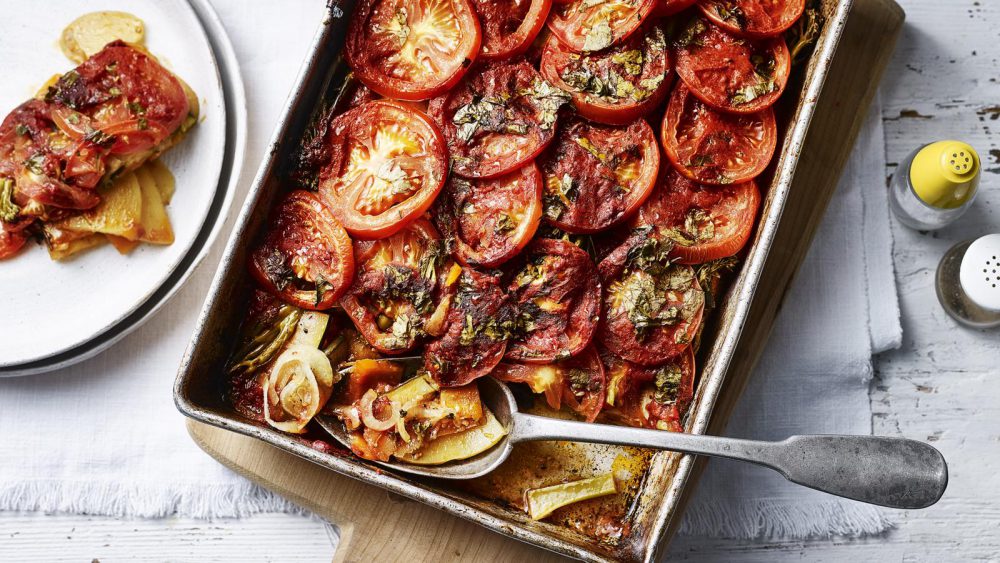 Rick Stein’s Cornwall episode 8: On the wild north Atlantic coast, Rick heads out to sea to go fishing for lobsters with his old friend and celebrity chef Nathan Outlaw and learns about a revolutionary new conservation programme which is making lobster fishing a sustainable enterprise. In the historic and pretty harbour town of Port Isaac, Rick and Nathan cook up a fabulous lobster risotto.

At Tresillian House, near Newquay, Rick meets with head gardener John Harris to find out more about his Victorian walled garden, an oasis of calm where Rick discovers how harvesting by the phases of the moon means better tasting veg. Rick cooks a Cornish Briam, a tasty slow-cooked dish of fresh vegetables.

Briam is a Greek slow-cooked roast vegetable dish. No need to fry, no need to stir and you can use any vegetable you have in the fridge. It’s also vegan and gluten-free! Serve it as a side or main course.