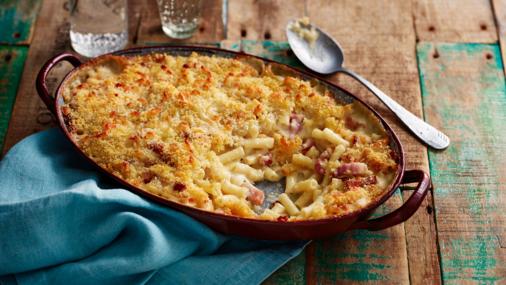 Rick Stein journeys from northern California to Mexico, enjoying unique dishes and the enduring legacy of Mexico. It was 1968, and having heard the Mamas and Papas’ California Dreaming, Rick was filled with a desire to embark on his own road trip down the Pacific Coast Highway to the Mexican border and beyond.

Nearly 50 years later, he’s back to retrace his steps. In episode one, Rick enjoys sitting on the dock of the bay in San Francisco, tasting legendary dishes like the hangtown fry – oyster pancake; a dish that can trace its origins to the California gold rush, which created the most famous Chinatown in the world.

San Francisco is also the home of sourdough and where America’s love affair with seasonal cooking took hold. Particularly important to the spread of this philosophy were groundbreaking restaurants like Chez Panisse, run by the legendary Alice Waters, who Rick is keen to meet. But it is also where he got his first taste of Mexican food. Enchiladas, guacamole and burritos were no longer names he had only heard on the radio, so the food of Mexico, an essential part of his culinary imagination, became real.

In San Francisco I stayed just down the road from an Italian restaurant. To begin with I was a bit put off, as all the dishes seemed to have too much of everything – too much sauce, too much cream, too much cheese; not a bit like Italy. Once someone told me that the secret of good Italian dishes is ‘esagera’ – put more of everything in – and so it is with this mac ‘n’ cheese recipe. There’s masses of cheese and plenty of smoked bacon.

Inspired by the oldest restaurant in California this cioppino, means literally chopped seafood. There was an amazing variety of seafood but the important element was the chunky tomato base. They were generous enough to give me the recipe but, I confess, I had to cut out a few elements; mostly some seafood. The variety was simply too great for domestic shopping and purposes! 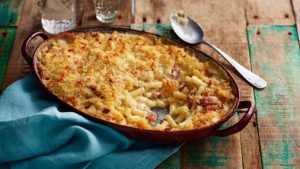