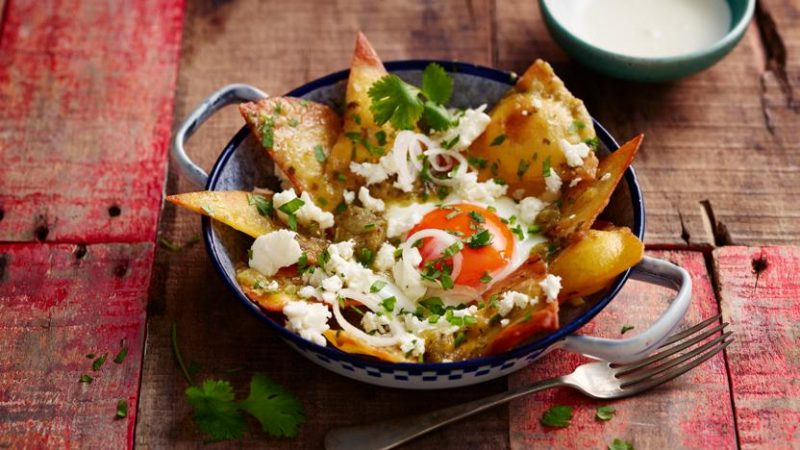 Rick heads to the capital – a melting pot that encapsulates a country that, despite its narrow stature, crosses three time zones. For that simple reason, locals casually refer to the city as ‘Mexico’, and not much has changed to the food that fed the former seat of the Aztec Empire.

Scenes captured by Diego Rivera in his murals still come alive in the city’s bustling markets, and working men’s taverns still offer pulque, the alco-pop of the ancients. But the most precious Aztec legacy are the chinampas – floating vegetable gardens found in the criss-crossing intersections of canals to the south of the city. They are an inspiration to the city’s top chefs, including Eduardo Garcia, endearingly known as chef Lalo.

Heading south from the capital, Rick travels to the city of Puebla, which conjures up images of Cortez and the Spanish conquest of Mexico. It is a city with impressive European architecture, talavera pottery and the home of mole, Mexico’s most famous meat stew.

Finally, Rick travels to the deserts of Oaxaca, where mezcal, one of the country’s most iconic drinks, is produced.

I have always had a problem with mole poblano, chilli and chocolate sauce, since I first tasted it in Mexico about 15 years ago and find it is often too sweet for my taste. Yet, I’m not unfamiliar with using chocolate in cooking, and a little in a rich red wine sauce works wonders. What I do like about mole poblano is the mixture of two dried chillies, mulato and pasilla, which gives the sauce a dark roasted fruitiness with just a hint of heat.

In Mexico, as with so many other dishes, soup is all about the bits that you add – in this case, avocado, chilli flakes, coriander and often a lick of soured cream. This dish is often made with pasilla chillies, but I like it with chipotles. I’ve also had sopa Azteca with extra shredded meat from a cooked chicken and even crisp pieces of chicken or pork skin.

I doubt whether you would ever find a breakfast buffet in Mexico that didn’t contain chilaquiles. They’re a perfect way of using up stale tortillas, which are cut into triangles, then fried or baked and known as totopos. Basic chilaquiles are then simmered with either salsa verde or salsa roja until they start to soften. This recipe is for the green-sauce version, with a fried egg, some crumbled cheese and a little soured cream and chopped coriander. 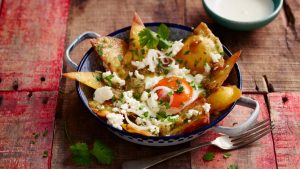 Rick heads to the capital - a melting pot that encapsulates a country that, despite its narrow stature, crosses three time zones.