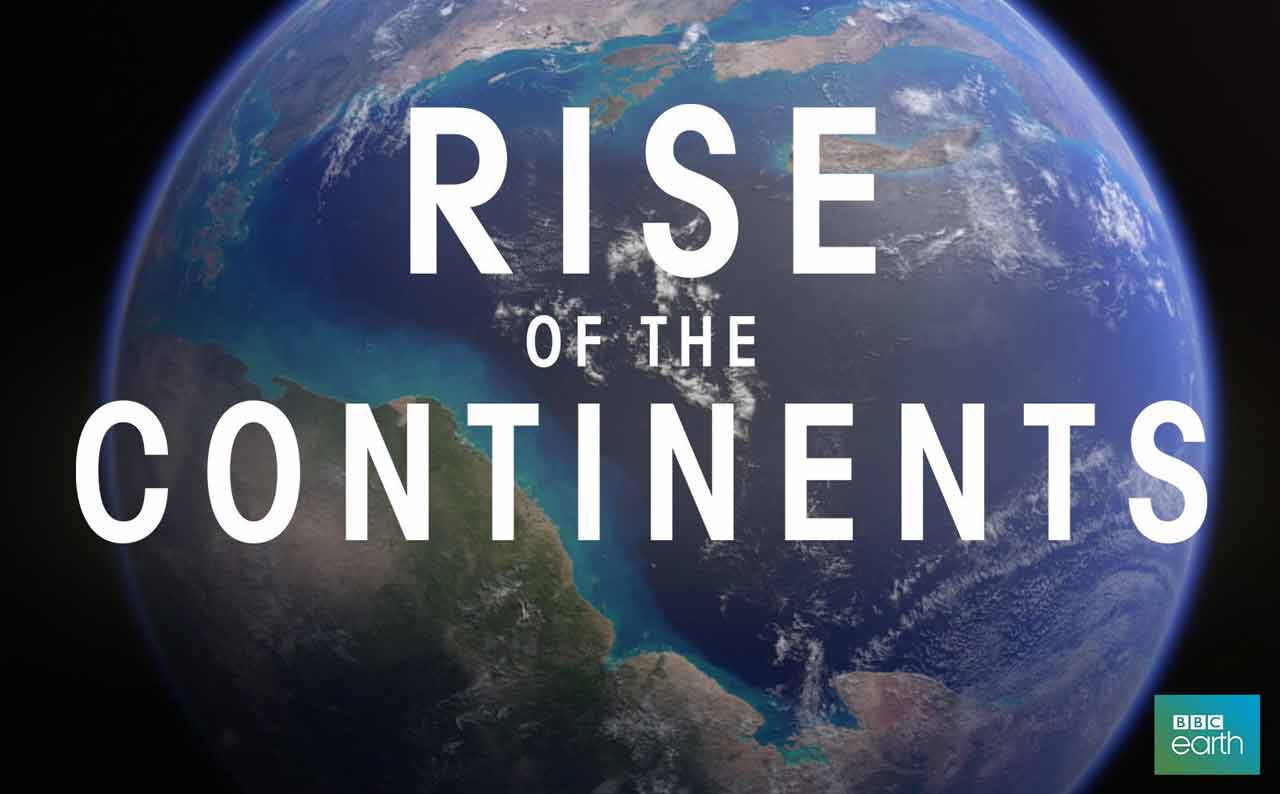 Rise of the Continents episode 4 - Eurasia

Rise of the Continents episode 4 – Eurasia: Professor Iain Stewart shows that where the south of Eurasia is today there was once an ocean and how, in 250 million years, all of the continents will collide together. Two hundred million years ago the continent we know as Eurasia – the vast swathe of land that extends from Europe in the west to Asia in the east – didn’t exist.

To reveal Eurasia’s origins, Professor Iain Stewart climbs up to the ‘eternal flames’ of Mount Chimera in southern Turkey, blazing natural gas that seeps out of the rock. Formed on the seafloor, it shows that where the south of Eurasia is today, there was once a 90-million-square-kilometre ocean known as the Tethys. It is the destruction of the Tethys Ocean that holds the key to Eurasia’s formation.

In the backwaters of Kerala in southern India, he finds evidence of how that happened, in the most unlikely of places: the bones of the local fishermen’s catch. The freshwater fish called karimeen shares anatomical features with another group of fish that live in Madagascar, evidence that India and Madagascar were joined. India was once 4,000 kilometres south of its current position on the other side of the Tethys.

As it moved north, the ocean in front of it closed. And as it collided with the rest of Eurasia the impact built the Himalayas, the greatest mountain range on Earth. Professor Stewart reveals how the mountains aren’t simply pieces of the land pushed upwards. In fact the rock that forms them was once the floor of the Tethys Ocean.

Rise of the Continents episode 4 – Eurasia

As Eurasia assembled, Arabia, Greece and Italy too moved north, completing the continent we know today and creating a mountain chain that spans the continent. And it was in the shadow of these mountains that the continent’s first civilisations rose.

But the formation of Eurasia is just the beginning, because the process that formed it is still active today. On the island of Stromboli, Italy’s most continually active volcano, the spectacular eruptions show that the ocean floor is being pulled beneath Eurasia. It is this process that closed the Tethys, and today is closing the Mediterranean, revealing Eurasia’s future. 250 million years in the future all of the continents will collide together once more, forming a new Pangea, with Eurasia at its heart.

Eurasia is the largest continental area on Earth, comprising all of Europe and Asia. Primarily in the Northern and Eastern Hemispheres, it spans from the British Isles and the Iberian Peninsula in the west to the Japanese archipelago in the east. The continental landmass is bordered by the Atlantic Ocean and Africa to the west, the Pacific Ocean to the east, the Arctic Ocean to the north, and by Africa, the Mediterranean Sea, and the Indian Ocean to the south.

The division between Europe and Asia as two continents is a historical social construct, as they have no clear physical separation between them; thus, in some parts of the world, Eurasia is recognized as the largest of the six, five, or four continents on Earth. In geology, Eurasia is often considered as a single rigid megablock. However, the rigidity of Eurasia is debated based on paleomagnetic data.

Eurasia covers around 55,000,000 square kilometres (21,000,000 sq mi), or around 36.2% of the Earth’s total land area; and is home to the largest country in the world, Russia. The landmass contains well over 5 billion people, equating to approximately 70% of the human population. Humans first settled in Eurasia between 60,000 and 125,000 years ago. Some major islands, including Great Britain, Iceland, Ireland, and Sri Lanka, as well as those of Japan, the Philippines, and most of Indonesia, are often included in the popular definition of Eurasia, despite being separate from the contiguous landmass.

Rise of the Continents episode 4 - Eurasia: Professor Iain Stewart shows that where the south of Eurasia is today there was once an ocean.