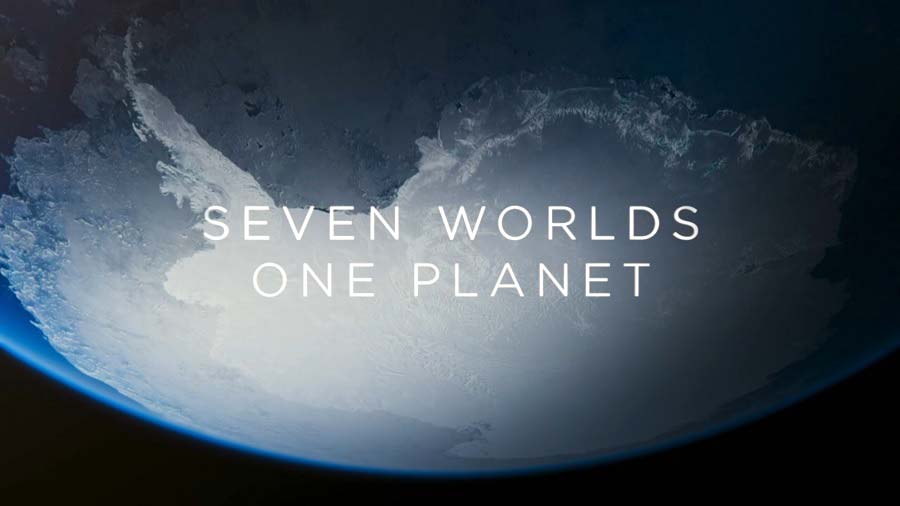 Seven Worlds – One Planet episode 1 : Antarctica – a land of survivors enduring the most hostile conditions on earth. 98 per cent of the mainland is covered by ice on which virtually nothing can live. Even the sea freezes over, but the Weddell seal manages to survive here by keeping its breathing holes open by using its teeth to grind away the ice.

Below the sea ice, conditions have been stable for millennia. Life has flourished and diversified. Starfish, sea spiders and three million predatory worms carpet the ocean floor, and sea anemones feast on ocean giants. Islands on the fringes of the continent are free of sea ice, far more hospitable and crowded. Huge colonies of king penguins cover the land, and four-tonne elephant seals fight for territories on the beach.

The abundance of life found here is down to the incredibly rich ocean surrounding the continent. The strongest currents in the world whip up nutrients to the surface that feed Antarctic krill. Numbering an estimated 400 trillion, their combined weight is greater than any other species in the world. Humpback whales round them up using sophisticated feeding techniques, and gentoo penguins escape the jaws of leopard seals and orcas to reach the open ocean and feed on them. On rare occasions krill swarm in baitballs measuring kilometres across, where they are feasted on by thousands of penguins, seals, albatross and fin whales.

Antarctica was only discovered 200 years ago, but humans have had an enormous impact in that time. The whaling industry killed over 1.5 million whales here, taking many species to the brink of extinction. But since the ban on commercial hunting in 1986, whales are making a remarkable comeback. In addition, the Antarctic treaty is exemplary in demonstrating that countries from around the world can unite to protect wildlife. However, due to climate change, the Southern Ocean is warming and sea levels are rising. Perhaps more worrying is that a warming of the coldest region on earth will have profound effects on global weather patterns. Although Antarctica is far away, what happens here will affect all of us. 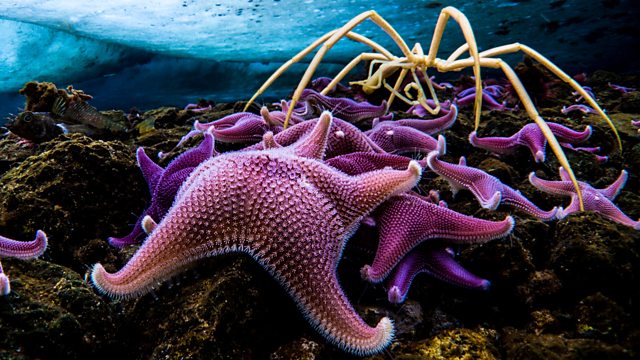 Antarctica - a land of survivors enduring the most hostile conditions on earth. 98 per cent of the mainland is covered by ice on which virtually nothing can live.

How Earth Made Us – Water episode 2