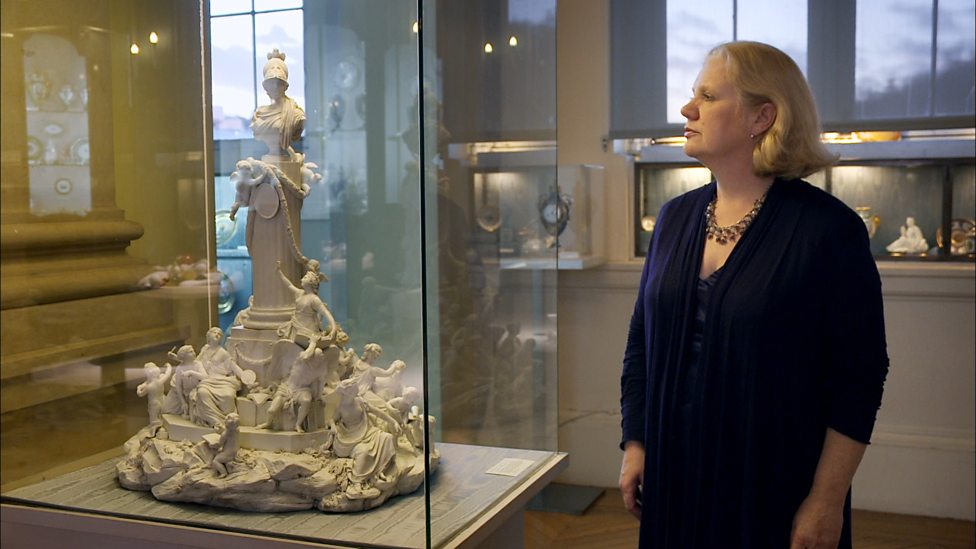 Documentary in which Ros Savill, former director and curator at the Wallace Collection, tells the story of some incredible and misunderstood objects – the opulent, intricate, gold-crested and often much-maligned Sevres porcelain of the 18th century.

Ros brings us up close to a personal choice of Sevres masterpieces in the Wallace Collection, viewing them in intricate and intimate detail. She engages us with the beauty and brilliance in the designs, revelling in what is now often viewed as unfashionably pretty or ostentatious. These objects represent the unbelievable skills of 18th-century France, as well as the desires and demands of an autocratic regime that was heading for revolution.

As valuable now as they were when first produced, Sevres’ intricacies and opulence speak of wealth, sophistication and prestige and have always been sought after by collectors eager to associate themselves with Sevres’ power. Often the whims and capricious demands of monumentally rich patrons were the catalysts for these beautiful and incredible artistic innovations.

The film explores the stories of some of history’s most outrageous patrons – Madame de Pompadour, Louis XV, Marie Antoinette and Louis XVI, as well as their foreign counterparts like Catherine the Great, who willingly copied the French court’s capricious ways. Ros tells how the French Revolutionaries actually preserved and adapted the Sevres tradition to their new order, and how the English aristocracy collected these huge dinner services out of nostalgia for the ancient regime. In fact, they are still used by the British royal family today.

Taking us behind the museum glass and into some incredible private collections, the film reveals stories that are as louche, extravagant and over the top as some of the objects themselves. They might be unfashionable or even unpalatable to minimalist modernist tastes right now, but in this documentary we are taken back to a time when these objects were universally loved and adored, when they were the newest and most incredible things that had ever been created. 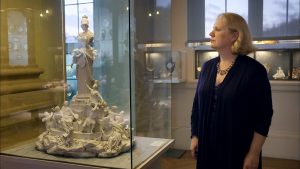 Documentary in which Ros Savill, former director and curator at the Wallace Collection, tells the story of some incredible and misunderstood objects