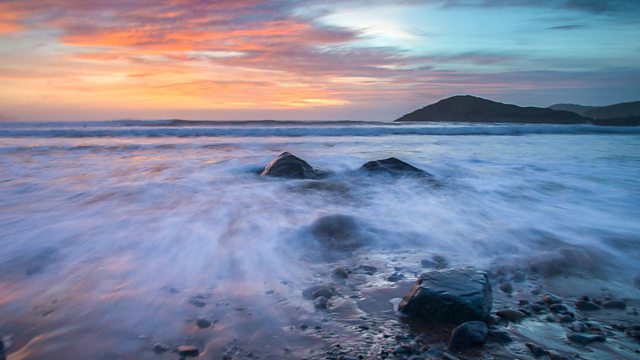 Springwatch episode 12 2021: It’s time to round up this year’s Springwatch nest cameras with Chris and Michaela in Norfolk – did all the kestrel and avocet chicks survive?

Iolo heads to the Moray Firth to check on dolphins, and Gillian’s marine mission focuses on basking sharks in Northern Ireland. Also, how has London’s high rise living created a watery paradise for birds?

The basking shark (Cetorhinus maximus) is the second-largest living shark and fish, after the whale shark, and one of three plankton-eating shark species, along with the whale shark and megamouth shark. Adults typically reach 7.9 m (26 ft) in length. It is usually greyish-brown, with mottled skin. The caudal fin has a strong lateral keel and a crescent shape.

The basking shark is a cosmopolitan migratory species, found in all the world’s temperate oceans. A slow-moving filter feeder, its common name derives from its habit of feeding at the surface, appearing to be basking in the warmer water there. It has anatomical adaptations for filter-feeding, such as a greatly enlarged mouth and highly developed gill rakers. Its snout is conical and the gill slits extend around the top and bottom of its head. The gill rakers, dark and bristle-like, are used to catch plankton as water filters through the mouth and over the gills. The teeth are numerous and very small, and often number 100 per row. The teeth have a single conical cusp, are curved backwards, and are the same on both the upper and lower jaws. This species has the smallest weight-for-weight brain size of any shark, reflecting its relatively passive lifestyle.

Basking sharks have been shown from satellite tracking to overwinter in both continental shelf (less than 200 m or 660 ft) and deeper waters. They may be found in either small shoals or alone. Despite their large size and threatening appearance, basking sharks are not aggressive and are harmless to humans.

The basking shark has long been a commercially important fish, as a source of food, shark fin, animal feed, and shark liver oil. Overexploitation has reduced its populations to the point where some have disappeared and others need protection

Springwatch episode 12 2021: It’s time to round up this year’s Springwatch nest cameras with Chris and Michaela in Norfolk

A Park for All Seasons from Above episode 4 – Arctic Homeland