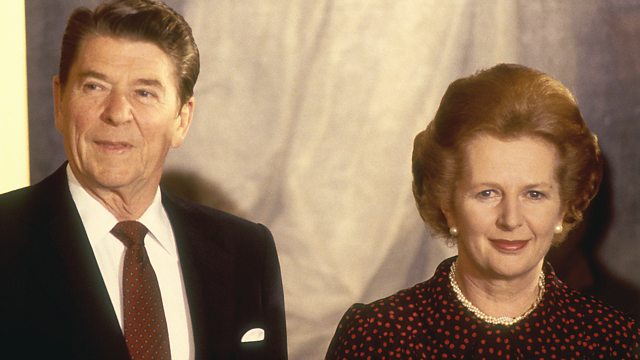 Thatcher – A Very British Revolution episode 3 – Enemies: The third episode sees Mrs Thatcher plunged into dramatic conflicts with determined enemies that will define her premiership and her legacy.

Against a backdrop of economic downturn Mrs Thatcher is struggling in the opinion polls and is labelled the “least popular prime minister since polling began” but her public image is transformed by a totally unexpected turn of events in the South Atlantic. When Argentine forces occupy the British Falkland Islands Mrs Thatcher finds herself a war leader. She wins the respect of the public by remaining resolute in her belief that the islands should be recovered.

She wins respect in cabinet and the military by remaining calm and clear through the short conflict in the Falklands despite the serious political jeopardy she faces and the emotional toll of sending men into war. The triumph of the British forces transforms Mrs Thatcher’s reputation in the country and in the world.

Following her victory in the 1983 general election Mrs Thatcher begins to assert herself in global politics, beginning an engagement with Mikhail Gorbachev, a rising star of the Soviet Communist party. At home she faces another challenge to her leadership from the left-wing leadership of the National Union of Miners.

The controversial decision to call a national strike puts Mrs Thatcher into a conflict she had long anticipated. Having watched the miners destabilise the Conservative government of Edward Heath in the 1970s Mrs Thatcher has prepared for this dispute. In the background, she plays a role in a strategy that will eventually force the miners into a return to work and allow the government to claim a historic and transformative victory. The price is a sense of nation divided by class, region and economic fortunes.

The jeopardy of the Falklands and miners is surpassed by the threat of another enemy. At the 1984 Conservative Party conference the IRA bomb her hotel in an attempt to kill her and her most senior colleagues. She has a narrow escape as close friends die or suffer terrible injuries.

Her political philosophy and economic policies emphasised deregulation (particularly of the financial sector), flexible labour markets, the privatisation of state-owned companies, and reducing the power and influence of trade unions. Her popularity in her first years in office waned amid recession and rising unemployment, until victory in the 1982 Falklands War and the recovering economy brought a resurgence of support, resulting in her landslide re-election in 1983. She survived an assassination attempt by the Provisional IRA in the 1984 Brighton hotel bombing and achieved a political victory against the National Union of Mineworkers in the 1984–85 miners’ strike.

Thatcher - A Very British Revolution episode 3: Mrs Thatcher plunged into dramatic conflicts with determined enemies that will define her.