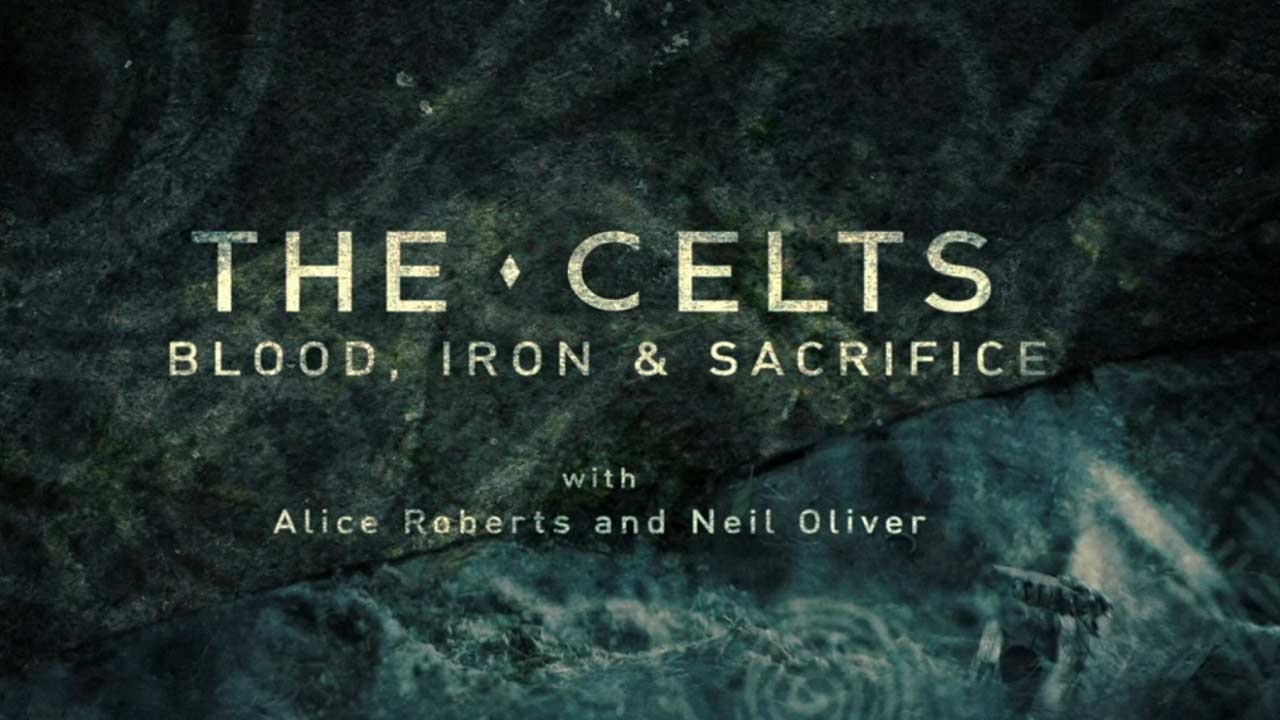 The Celts: Blood, Iron and Sacrifice episode 1: Documentary series in which anthropologist Alice Roberts and archaeologist Neil Oliver go in search of the Celts – one of the world’s most mysterious ancient civilisations.

Anthropologist Professor Alice Roberts and archaeologist Neil Oliver go in search of the Celts – one of the world’s most mysterious ancient people. In Britain and Ireland we are never far from our Celtic past, but in this series Neil and Alice travel much further afield, discovering the origins and beliefs of these Iron Age people in artefacts and human remains right across Europe, from Turkey to Portugal. What emerges is not a wild people on the western fringes of Europe, but a highly sophisticated tribal culture that influenced vast areas of the ancient world – and even Rome.

Rich with vivid drama reconstruction, we recreate this pivotal time and meet some of our most famous ancient leaders – from Queen Boudicca to Julius Caesar – and relive the battles they fought for the heart and soul of Europe. Alice and Neil discover that these key battles between the Celts and the Romans over the best part of 500 years constituted a fight for two very different forms of civilisation – a fight that came to define the world we live in today.

In the first episode, we see the origins of the Celts in the Alps of central Europe and relive the moment of first contact with the Romans in a pitched battle just north of Rome – a battle that the Celts won and that left the imperial city devastated.

The Celts are a collection of Indo-European peoples in parts of Europe and Anatolia identified by their use of the Celtic languages and other cultural similarities. Historic Celtic groups included the Gauls, Celtiberians, Gallaecians, Galatians, Britons, Gaels, and their offshoots. The relationship between ethnicity, language and culture in the Celtic world is unclear and controversial. In particular, there is dispute over the ways in which the Iron Age inhabitants of Britain and Ireland should be regarded as Celts.

The history of pre-Celtic Europe and Celtic origins are debated. According to one theory, the proto-Celtic language arose in the Late Bronze Age Urnfield culture of central Europe, which flourished from around 1200 BC. This theory links the Celts with the Iron Age Hallstatt culture which followed it (c. 800–450 BC), named for the rich grave finds in Hallstatt, Austria. Therefore, this area of central Europe is sometimes called the “Celtic homeland”. It proposes that by the following La Tène cultural period (c. 450 BC onward), named after the La Tène site in Switzerland, Celtic culture had spread westward by diffusion or migration to France and the Low Countries (Gauls), the British Isles (Insular Celts), the Iberian Peninsula (Celtiberians, Gallaecians, Celtici) and northern Italy (Lepontii and Cisalpine Gauls). Another theory suggests that proto-Celtic arose earlier in the Atlantic Bronze Age coastal area and spread eastward. Following the Celtic settlement of Southeast Europe, Celtic culture reached as far east as central Anatolia in modern Turkey.

The earliest undisputed examples of Celtic language are the Lepontic inscriptions from the 6th century BC. Continental Celtic languages are attested almost exclusively through inscriptions and place-names. Insular Celtic languages are attested from the 4th century AD in Ogham inscriptions, although they were clearly being spoken much earlier. Celtic literary tradition begins with Old Irish texts around the 8th century AD. Elements of Celtic mythology are recorded in early Irish and early Welsh literature. Most written evidence of the early Celts comes from Greco-Roman writers, who often grouped the Celts as barbarian tribes. They followed an ancient Celtic religion overseen by druids.

Documentary series in which anthropologist Alice Roberts and archaeologist Neil Oliver go in search of the Celts - one of the world's most mysterious ancient civilisations.