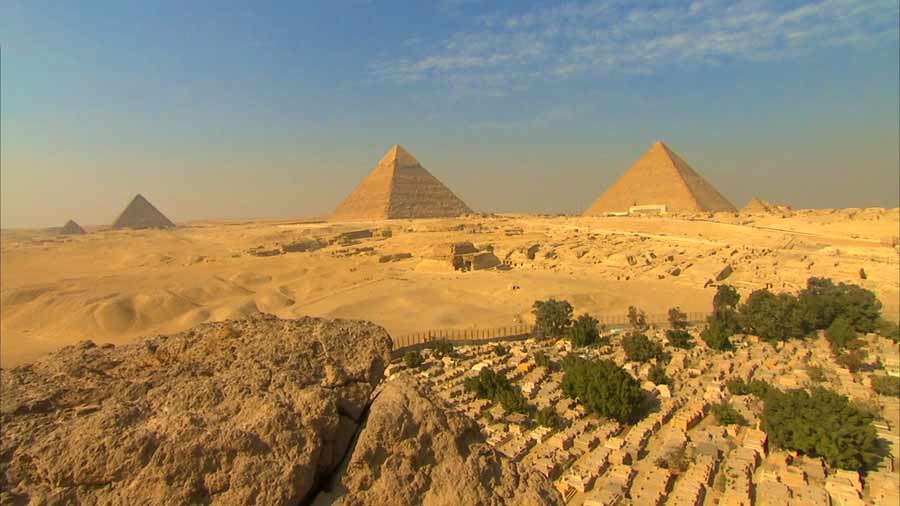 The Man who Discovered Egypt: Documentary about English Egyptologist Flinders Petrie, the pioneer of systematic methodology in archaeology.

Ancient Egypt was vandalised by tomb raiders and treasure hunters until this Victorian adventurer took them on. Most people have never heard of him, but this maverick undertook a scientific survey of the pyramids, discovered the oldest portraits in the world, unearthed Egypt’s prehistoric roots – and in the process invented modern field archaeology, giving meaning to a whole civilisation.

Sir William Matthew Flinders Petrie, commonly known as Flinders Petrie, was an English Egyptologist and a pioneer of systematic methodology in archaeology and preservation of artefacts. He held the first chair of Egyptology in the United Kingdom, and excavated many of the most important archaeological sites in Egypt in conjunction with his wife, Hilda Petrie. Some consider his most famous discovery to be that of the Merneptah Stele, an opinion with which Petrie himself concurred.

In his teenage years, Petrie surveyed British prehistoric monuments in attempts to understand their geometry. His father had corresponded with Piazzi Smyth about his theories of the Great Pyramid and Petrie travelled to Egypt in early 1880 to make an accurate survey of Giza, making him the first to properly investigate how they were constructed (many theories had been advanced on this, and Petrie read them all, but none were based on first hand observation or logic).

Petrie’s published reports of this triangulation survey, and his analysis of the architecture of Giza therein, was exemplary in its methodology and accuracy, disproved Smyth’s theories and still provides much of the basic data regarding the pyramid plateau to this day. On that visit, he was appalled by the rate of destruction of monuments (some listed in guidebooks had been worn away completely since then) and mummies. He described Egypt as “a house on fire, so rapid was the destruction” and felt his duty to be that of a “salvage man, to get all I could, as quickly as possible and then, when I was 60, I would sit and write it all.”

Egyptology is the study of ancient Egyptian history, language, literature, religion, architecture and art from the 5th millennium BC until the end of its native religious practices in the 4th century AD. A practitioner of the discipline is an “Egyptologist”. In Europe, particularly on the Continent, Egyptology is primarily regarded as being a philological discipline, while in North America it is often regarded as a branch of archaeology.

Egyptology’s modern history begins with the invasion of Egypt by Napoleon Bonaparte in the late 18th century. The Rosetta Stone was discovered in 1799. The study of many aspects of ancient Egypt became more scientifically oriented with the publication of Mémoires sur l’Égypte in 1800 and the more comprehensive Description de l’Egypte between 1809 and 1829. These recorded Egyptian flora, fauna, and history—making numerous ancient Egyptian source materials available to Europeans for the first time.

The British captured Egypt from the French and gained the Rosetta Stone in 1801, the Greek script of which was translated by 1803. In 1822, the respective Egyptian hieroglyphs were transliterated by Jean-François Champollion, marking the beginning of modern Egyptology. With increasing knowledge of Egyptian writing, the study of ancient Egypt was able to proceed with greater academic rigour. Champollion, Thomas Young and Ippolito Rosellini were some of the first Egyptologists of wide acclaim. The German Karl Richard Lepsius was an early participant in the investigations of Egypt—mapping, excavating and recording several sites.

The Man who Discovered Egypt: Documentary about English Egyptologist Flinders Petrie, the pioneer of systematic methodology in archaeology.