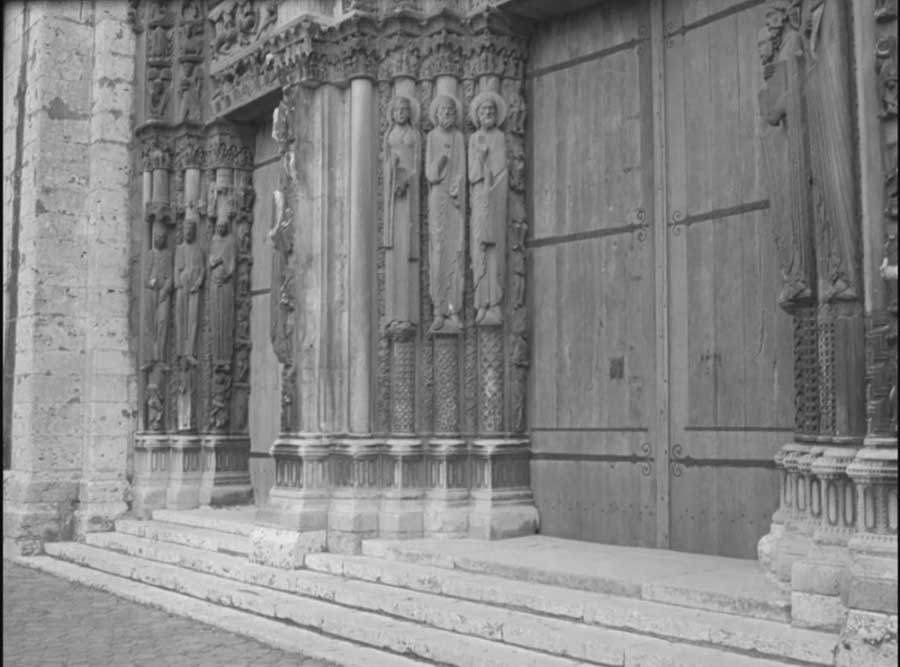 Civilisation episode 2 – The Great Thaw: Kenneth Clark traces the reawakening of European civilisation in the 12th Century from its first manifestations in the Cluny Abbey, to the Basilica of St Denis and finally to its high point, the building of Chartres Cathedral.

Chartres Cathedral, also known as the Cathedral of Our Lady of Chartres, is a Roman Catholic church in Chartres, France, about 80 km southwest of Paris and is the seat of the Diocese of Chartres. Mostly constructed between 1194 and 1220, it stands at the site of at least five cathedrals that have occupied the site since Chartres became a bishopric in the 4th century. It is in the Gothic and Romanesque styles.

It is designated a World Heritage Site by UNESCO, which calls it “the high point of French Gothic art” and a “masterpiece”.

The cathedral has been well preserved. The majority of the original stained glass windows survive intact, while the architecture has seen only minor changes since the early 13th century. The building’s exterior is dominated by heavy flying buttresses which allowed the architects to increase the window size significantly, while the west end is dominated by two contrasting spires – a 105-metre (349 ft) plain pyramid completed around 1160 and a 113-metre early 16th-century Flamboyant spire on top of an older tower. Equally notable are the three great façades, each adorned with hundreds of sculpted figures illustrating key theological themes and narratives.