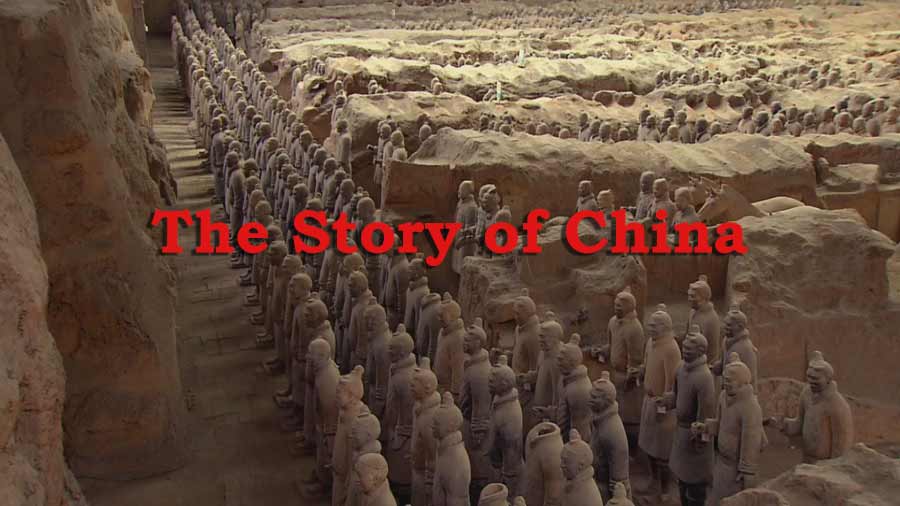 The Story of China episode 1 - Ancestors

The Story of China episode 1 – Ancestors: Michael Wood explores the history of the world’s newest superpower, from its ancient past to the present day. Starting in Wuxi, Michael joins the Qin family reunion, when 300 relatives gather to worship their ancestors on Tomb Sweeping Day. ‘Like the nation, the family has been through so much,’ one says. ‘Now everyone wants to know – what are our roots?’

The Story of China episode 1 – Ancestors

Looking for the origins of the Chinese state, he visits the excavations at Erlitou and sees an exquisite turquoise dragon sceptre from 2000 BC. China’s first writing is found on ‘oracle bones’ dug up from the Shang royal tombs at Anyang in the 1920s. At the Beijing Planetarium, Michael travels back in time as astronomers plot the planetary conjunction that the ancients believed foretold the overthrow of the Shang Dynasty.

Next, the Age of Philosophers and Confucius, whose book Analects has had greater influence worldwide than even the Bible, according to some. In Xi’an, we hear how the First Emperor united China and created the authoritarian Qin state that gave us the word China.

Finally, Michael returns to the temple fair in Henan for a dramatic night ceremony to give thanks to the ancestors. China, Michael concludes, is rising again, not just because of its economic strength, but because of the incredible solidarity of the Han Chinese view of their own civilisation, their sense of family and, of course, the presence of the ancestors.

Nüwa, also read Nügua, is the mother goddess of Chinese mythology, the sister and wife of Fuxi, the emperor-god. She is credited with creating mankind and repairing the Pillar of Heaven.

Nüwa is featured within the famed Ming dynasty novel Fengshen Bang. As featured within this novel, Nüwa is very highly respected since the time of the Xia Dynasty for being the daughter of the Jade Emperor; Nüwa is also regularly called the “Snake Goddess”. After the Shang Dynasty had been created, Nüwa created the five-colored stones to protect the dynasty with occasional seasonal rains and other enhancing qualities. Thus in time, Shang Rong asked King Zhou of Shang to pay her a visit as a sign of deep respect.

After Zhou was completely overcome with lust at the very sight of the beautiful ancient goddess Nüwa (who had been sitting behind a light curtain), he wrote a small poem on a neighboring wall and took his leave. When Nüwa later returned to her temple after visiting the Yellow Emperor, she saw the foulness of Zhou’s words. In her anger, she swore the Shang Dynasty would end in payment for his offense. In her rage, Nüwa personally ascended to the palace in an attempt to kill the king, but was suddenly struck back by two large beams of red light.

The Story of China episode 1 - Ancestors: Michael Wood explores the history of the world's newest superpower, from its ancient past to the present day.