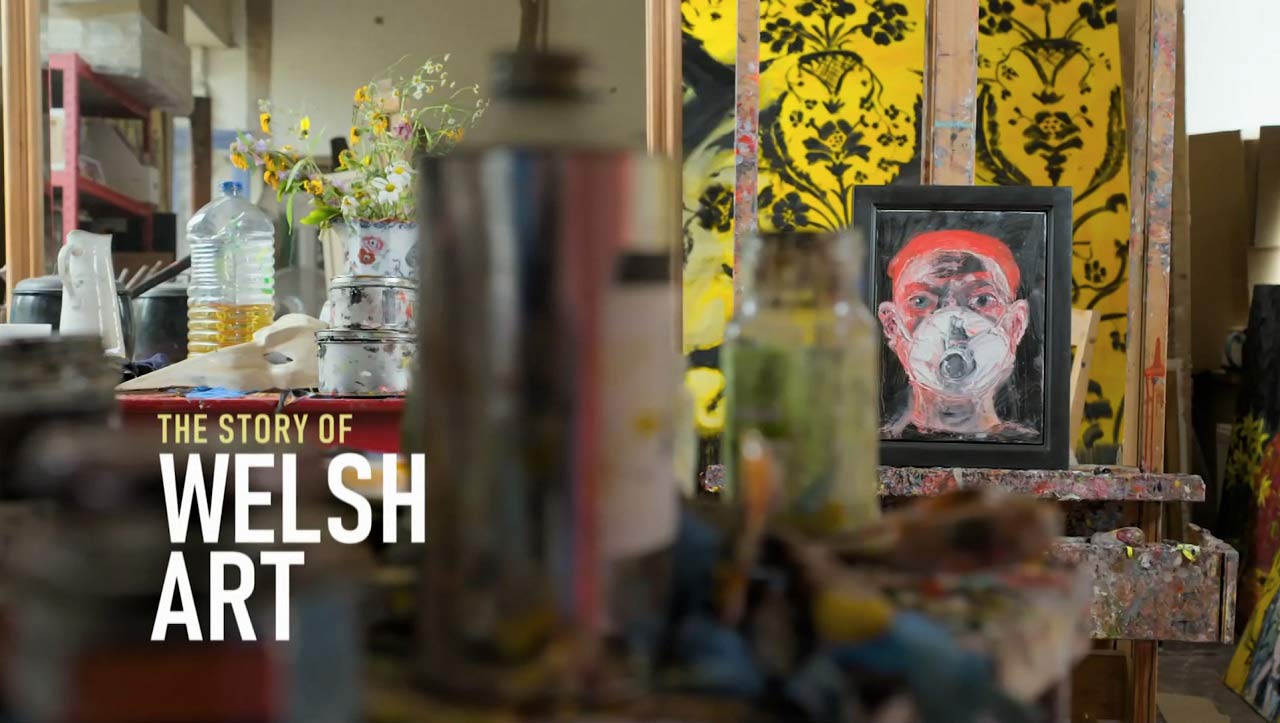 The Story of Welsh Art episode 3

The Story of Welsh Art episode 3: In this final episode, Huw Stephens’s journey begins at the dawn of the 20th century with the artists who broke with tradition and depicted Wales in radical new ways. In Snowdonia, he learns how Augustus John and JD Innes led the way, obsessively painting the landscape with a freedom and vibrancy that still dazzles today. Equally bold was the output of Gwen John, whose work is in complete contrast to that of her brother Augustus. At the National Museum Wales in Cardiff, Huw discovers how she used light and tone to paint delicate and hypnotic portraits and interior scenes.

Between the wars, industrial south Wales produced some of the most powerful art of the century. Huw discovers how the work of Evan Walters and Cedric Morris is steeped in their experience of mining communities and the desperate poverty they endured. The lives of striking miners were rarely reflected in art, but Walters’s 1926 portrait of his friend William Hopkins captured his subject with dignity and honesty.

Travelling north, Huw heads out to Bardsey Island off the Llyn Peninsula, a place he first visited as a teenager. The landscape of Wales has long been a source of inspiration for artists and in the 1940s Brenda Chamberlain moved to Bardsey to immerse herself in its isolation. Inside the picturesque cottage where she lived, Huw sees her sketches of island life that she drew on the walls ‘as if they were a giant sketchbook’. At the same time, Kyffin Williams was painting the distinctive, dramatic landscapes of north Wales, establishing himself as the most popular Welsh artist of the 20th century.

The Story of Welsh Art episode 3

Contemporary art in Wales reflects a post-devolution self-confidence that allows it to look both back and forward. In Swansea, Huw meets Daniel Trivedy and learns how his award-winning work Welsh Emergency Blanket took the patterns of traditional Welsh blankets and printed them on to the silver foil coverings given to refugees rescued from the sea. For his final stop, Huw visits Colwyn Bay where he meets internationally renowned artist Bedwyr Williams, whose work draws heavily on Welsh art history using humour and irreverence. It is a unique history, Bedwyr concludes, and one that makes him excited to be living and working in north Wales.

Sir John Kyffin Williams was a Welsh landscape painter who lived at Pwllfanogl, Llanfairpwll, on the Island of Anglesey. Williams is widely regarded as the defining artist of Wales during the 20th century. His works typically drew inspiration from the Welsh landscape and farmlands. His works may be seen in a permanent exhibition in the Oriel Kyffin Williams Gallery which opened in 2008 at Oriel Ynys Môn in Llangefni, Anglesey, as well as at many other galleries elsewhere in Britain. He was president of the Royal Cambrian Academy and was appointed a member of the Royal Academy in 1974.

In 1995 Williams received the Glyndŵr Award for an Outstanding Contribution to the Arts in Wales during the Machynlleth Festival. He was awarded the OBE for his services to the arts in 1982 and was knighted in 1999. The Kyffin Williams Drawing Prize was established in 2009. The winning works from the 2018 prize are due to be exhibited at the Oriel Kyffin Williams Gallery.

In February 2011 it was announced that Williams’ paintings of Patagonia would be shown for the first time. His last passport, on show in the Oriel Ynys Môn gallery at Llangefni, 2004–2014, has the name Sir John Williams. Kyffin was his grandmother’s maiden name. Williams was a great raconteur and also a fine writer, publishing his autobiography in “Across the Straits” and “A wider sky”.

The National Library of Wales was one of the first national institutions to purchase one of his works in the late forties and continue to support his work throughout his life. In acknowledgement of his gratitude for their support he bequeath them his papers and a significant body of his works to the National library. They now hold probably the largest single body of his works.

The Story of Welsh Art episode 3: In this final episode, Huw Stephens’s journey begins at the dawn of the 20th century