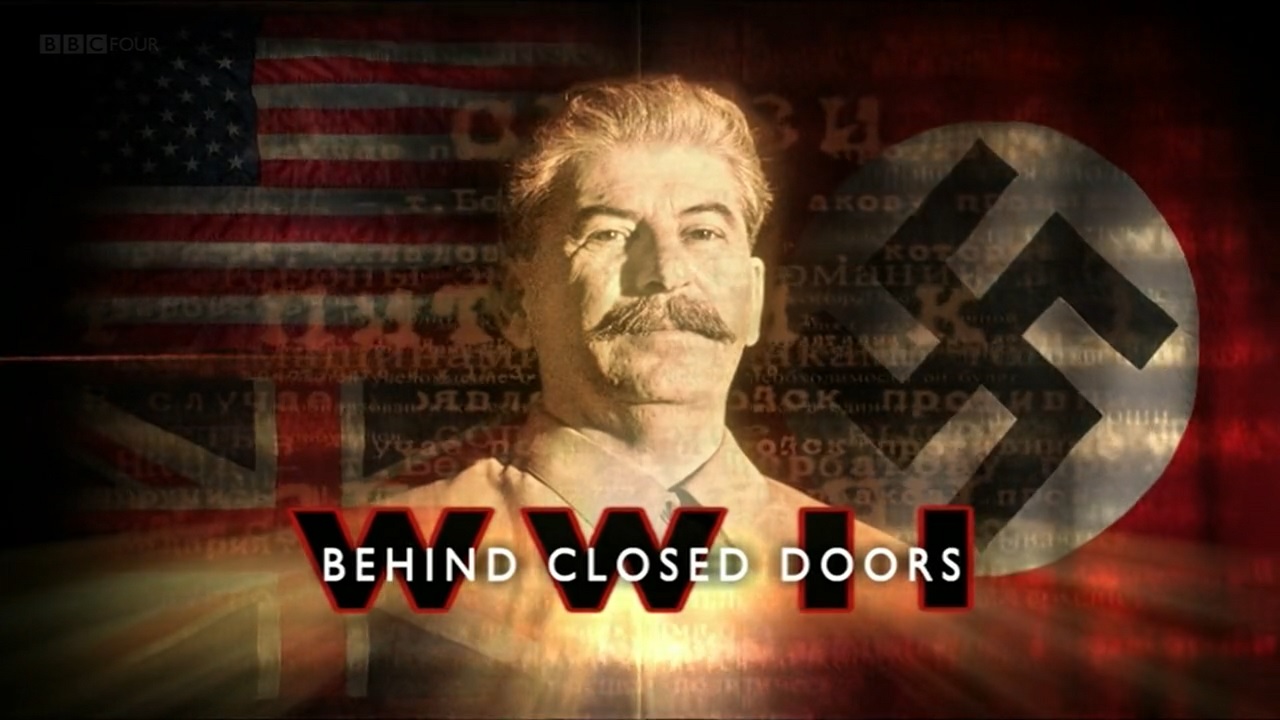 World War II: Behind Closed Doors episode 5: The story of the Red Army’s fight through Eastern Europe in 1944, as well as the behind the scenes history of the most famous Allied conference of the war at Yalta in the Crimea.

Joseph Stalin was a tyrant responsible for the death of millions, yet he was also a vital ally of Britain and America during the Second World War. How was it possible for Churchill and Roosevelt to deal with one tyrant, Joseph Stalin, in order to help beat another, Adolf Hitler? That’s one of the key questions at the heart of this new six part landmark history series.

The series uses dramatic reconstructions – based on extensive fresh research in Russian and Western archives – and extraordinary testimony from witnesses of the time, including former Soviet secret policemen who have not spoken before on camera, in order to tell a ‘Behind Closed Doors’ history. It’s a new way on television of looking at this most vital period, and will change the way you think about the war.

This fifth episode focuses on the dramatic story of the Red Army’s fight through Eastern Europe in 1944, as well as the behind the scenes history of the most famous Allied conference of the war at Yalta in the Crimea.

The Yalta Conference, also known as the Crimea Conference and codenamed Argonaut, held February 4–11, 1945, was the World War II meeting of the heads of government of the United States, the United Kingdom, and the Soviet Union to discuss the postwar reorganization of Germany and Europe. The three states were represented by President Franklin D. Roosevelt, Prime Minister Winston Churchill, and Premier Joseph Stalin, respectively. The conference was held near Yalta in Crimea, Soviet Union, within the Livadia, Yusupov, and Vorontsov Palaces.

The aim of the conference was to shape a postwar peace that represented not only a collective security order but also a plan to give self-determination to the liberated peoples of Europe. The meeting was intended mainly to discuss the re-establishment of the nations of war-torn Europe. However, within a few years, with the Cold War dividing the continent, the conference became a subject of intense controversy.

Yalta was the second of three major wartime conferences among the Big Three. It was preceded by the Tehran Conference in November 1943 and was followed by the Potsdam Conference in July 1945. It was also preceded by a conference in Moscow in October 1944, not attended by Roosevelt, in which Churchill and Stalin had spoken of European Western and Soviet spheres of influence.

World War II: Behind Closed Doors episode 5: The story of the Red Army's fight through Eastern Europe in 1944 as well as the Yalta Conference

The Pacific War in Color episode 4