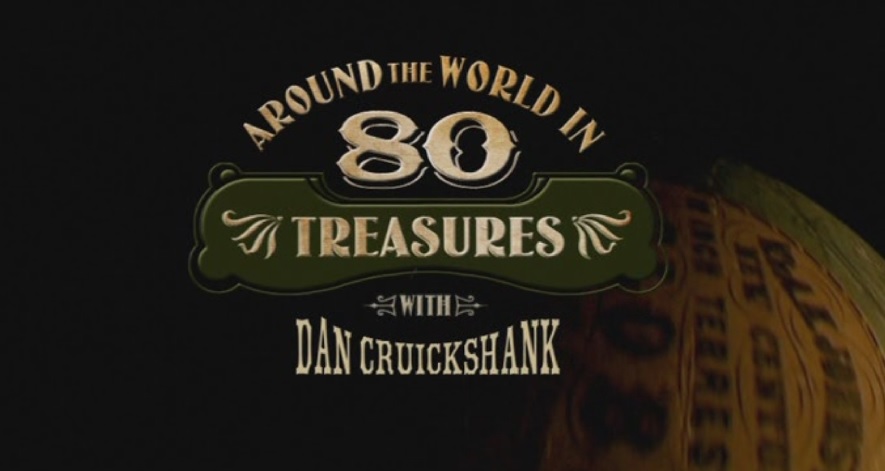 Around the World in 80 Treasures episode 7 - Jordan to Ethiopia

Around the World in 80 Treasures episode 7 – Jordan to Ethiopia: Dan Cruickshank travels the world in search of man’s greatest creations. Dan’s in search of the Ark of the Covenant, a journey which takes him from Jordan to the Holy Land and finally to Ethiopia.

On the way he sees the city of Petra which is carved directly out of a rock face, prehistoric skyscrapers and the most powerful king in Africa – King Lalibela.

Around the World in 80 Treasures episode 7 – Jordan to Ethiopia

Ark of the Covenant

The Ark of the Covenant also known as the Ark of the Testimony, and in a few verses across various translations of the Bible as the Ark of God, is a gold-covered wooden chest with lid cover described in the Book of Exodus as containing the two stone tablets of the Ten Commandments. According to New Testament Book of Hebrews, it also contained Aaron’s rod and a pot of manna.

The biblical account relates that, approximately one year after the Israelites’ exodus from Egypt, the Ark was created according to the pattern given to Moses by God when the Israelites were encamped at the foot of Mount Sinai. Thereafter, the gold-plated acacia chest was carried by its staves by the Levites approximately 2,000 cubits (approximately 800 meters or 2,600 feet) in advance of the people when on the march or before the Israelite army, the host of fighting men.

When carried, the Ark was always hidden under a large veil made of skins and purple cloth, always carefully concealed, even from the eyes of the priests and the Levites who carried it. God was said to have spoken with Moses “from between the two cherubim” on the Ark’s cover. When at rest, the Tabernacle was set up and the holy Ark placed in it, under the veil of the covering, the staves of it crossing the middle side bars to hold it up off the ground.

Petra, originally known to its inhabitants in as Raqmu or Raqēmō, is a historic and archaeological city in southern Jordan. It is adjacent to the mountain of Jabal Al-Madbah, in a basin surrounded by mountains forming the eastern flank of the Arabah valley running from the Dead Sea to the Gulf of Aqaba. The area around Petra has been inhabited from as early as 7000 BC, and the Nabataeans might have settled in what would become the capital city of their kingdom, as early as the 4th century BC. Archaeological work has only discovered evidence of Nabataean presence dating back to the second century BC, by which time Petra had become their capital. The Nabataeans were nomadic Arabs who invested in Petra’s proximity to the incense trade routes by establishing it as a major regional trading hub.

The trading business gained the Nabataeans considerable revenue and Petra became the focus of their wealth. The Nabataeans were accustomed to living in the barren deserts, unlike their enemies, and were able to repel attacks by taking advantage of the area’s mountainous terrain. They were particularly skillful in harvesting rainwater, agriculture and stone carving. Petra flourished in the 1st century AD, when its famous Al-Khazneh structure – believed to be the mausoleum of Nabataean king Aretas IV – was constructed, and its population peaked at an estimated 20,000 inhabitants.

Around the World in 80 Treasures episode 7 - Jordan to Ethiopia: Dan Cruickshank travels the world in search of man's greatest creations.

Tags: Ark of the Covenant, Around the World in 80 Treasures, art, Dan Cruickshank, history, Petra, travel

A History of Ancient Britain part 4