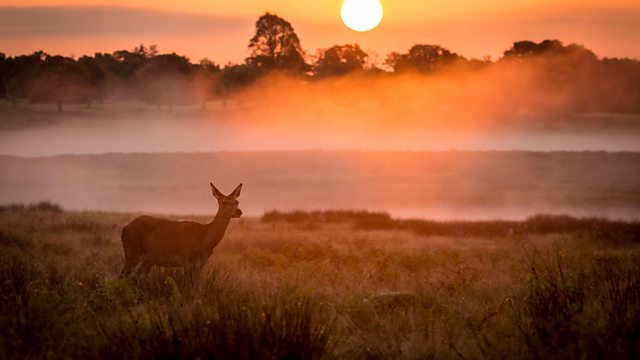 Autumnwatch 2020 episode 1: Autumnwatch is back for two weeks! The nights are drawing in, it is getting colder and we could all do with a bit of cheering up, so the team invite you to wrap up in a warm autumn blanket of wonderful wildlife, seasonal beauty and natural wonder.

Chris is in the New Forest watching autumn transform his home, Iolo is at the spectacular Centre of Alternative Technology in west Wales, Gillian visits a remarkable wildlife restoration project in South Yorkshire, and Michaela is in Fife at a wonderful NatureScot reserve, where she reports live on a giant grey seal breeding colony on the nearby Isle of May.

NatureScot (Scottish Gaelic: Buidheann Nàdair na h-Alba), which was formerly known as Scottish Natural Heritage, is the public body responsible for Scotland’s natural heritage, especially its natural, genetic and scenic diversity. It advises the Scottish Government and acts as a government agent in the delivery of conservation designations, i.e. national nature reserves, local nature reserves, national parks, Sites of Special Scientific Interest (SSSIs), Special Areas of Conservation, Special Protection Areas and the national scenic areas. The protected areas in Scotland account for 20% of the total area, SSSIs alone 13%. NatureScot receives annual funding from the Government in the form of Grant in Aid to deliver Government priorities for the natural heritage.

The agency currently employs in the region of 700 people, but much of NatureScot’s work is carried out in partnership with others including local authorities, Government bodies, voluntary environmental bodies, community groups, farmers and land managers. The body has offices in most parts of Scotland including the main islands. NatureScot works closely with the Joint Nature Conservation Committee (JNCC) and the equivalent bodies for England, Wales, and Northern Ireland to ensure a consistent approach to nature conservation throughout the United Kingdom and towards fulfilling its international obligations.

Autumnwatch 2020 episode 1: Autumnwatch is back for two weeks! The team invite you to wrap up in a warm autumn blanket of wonderful wildlife.