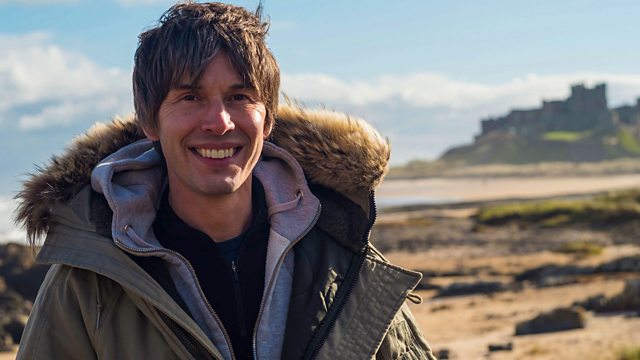 Brian Cox's Adventures in Space and Time episode 4 - What Is Time?

Brian Cox’s Adventures in Space and Time episode 4 – What Is Time?: Brian explores a simple question that is causing a big stir today: what is time? Modern science shows it to be far stranger than we think. He recalls some highlights from his TV series that touch upon different aspects of this physics conundrum: from a mind-boggling encounter with Doctor Who, to breaking the sound barrier in a Eurofighter in order to see two sunsets in one day, to witnessing one of the oldest animal life cycles on earth on a remote beach in Costa Rica.

He also explores Chankillo, the oldest and best-preserved astronomical observatory in the Americas.

Brian Cox’s Adventures in Space and Time episode 4 – What Is Time?

Time is the continued sequence of existence and events that occurs in an apparently irreversible succession from the past, through the present, into the future. It is a component quantity of various measurements used to sequence events, to compare the duration of events or the intervals between them, and to quantify rates of change of quantities in material reality or in the conscious experience. Time is often referred to as a fourth dimension, along with three spatial dimensions.

Time has long been an important subject of study in religion, philosophy, and science, but defining it in a manner applicable to all fields without circularity has consistently eluded scholars. Nevertheless, diverse fields such as business, industry, sports, the sciences, and the performing arts all incorporate some notion of time into their respective measuring systems.

Time in physics is operationally defined as “what a clock reads”.

The physical nature of time is addressed by general relativity with respect to events in space-time. Examples of events are the collision of two particles, the explosion of a supernova, or the arrival of a rocket ship. Every event can be assigned four numbers representing its time and position (the event’s coordinates). However, the numerical values are different for different observers. In general relativity, the question of what time it is now only has meaning relative to a particular observer. Distance and time are intimately related and the time required for light to travel a specific distance is the same for all observers, as first publicly demonstrated by Michelson and Morley. General relativity does not address the nature of time for extremely small intervals where quantum mechanics holds. At this time, there is no generally accepted theory of quantum general relativity.

Title
Brian Cox's Adventures in Space and Time episode 4 - What Is Time?
Description

Brian Cox's Adventures in Space and Time episode 4 - What Is Time?: Brian explores a question that is causing a big stir today: what is time?

The Story of Maths episode 3 – The Frontiers of Space