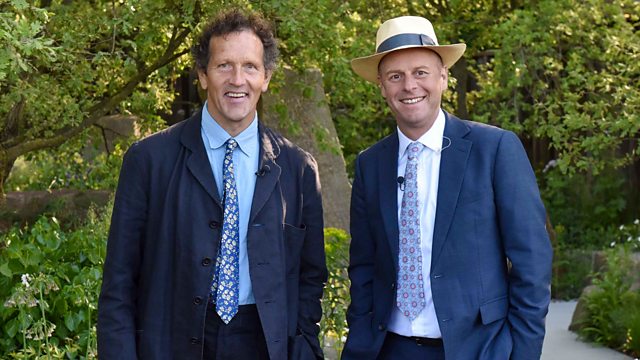 Chelsea Flower Show episode 10 2021: Monty Don and Joe Swift look at how we can all benefit from gardening to improve our mental health. We reveal at how you can create a mindful sanctuary even in the busiest of cities and how greening up your indoor spaces can be creative and calming.Mary Berry explores her secret passion for hostas with a nursery who are first timers at Chelsea, and Zoe Ball tells us why her garden is such a big part of her life.

Chelsea Flower Show episode 10 2021: Monty Don and Joe Swift look at how we can all benefit from gardening to improve our mental health.