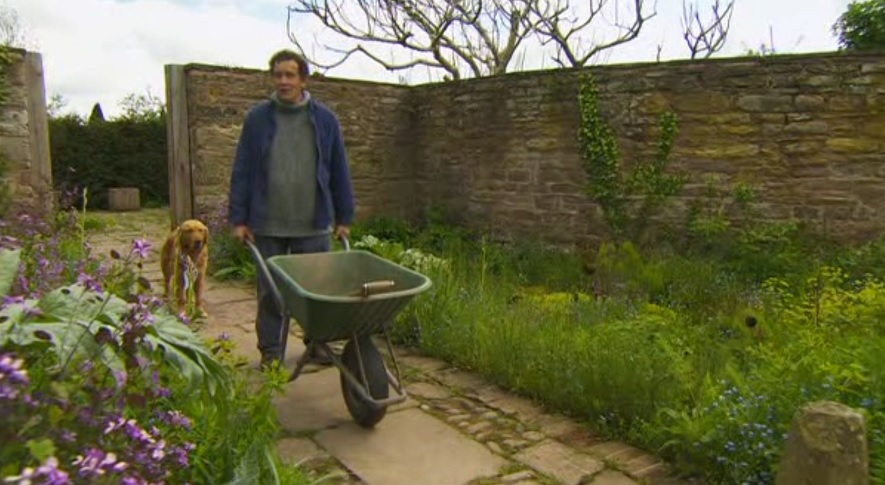 Gardeners’ World episode 10 2013: Monty Don celebrates the arrival of spring at Longmeadow where his tulips are looking fantastic. He also gets on with planting some clematis in his new cottage garden, along with a batch of kale on his veg plot.

Rachel de Thame takes a walk down memory lane when she visits Keukenhof in the Netherlands with her mother and Carol Klein is in Devon on the trail of early plant hunters responsible for the glorious selection of magnolias brought to these shores.

Late spring is the perfect time to direct sow hardy annuals. Because the soil is warm, they’ll germinate in a matter of days. As Monty explained, they can be sprinkled over the soil and given a light rake, or sown in defined lines so that you can tell what’s what when you come to weed. Packets of mixed seed can be bought from garden centres, but if you want to stick to a specific colour theme, it’s probably best to select them individually.

It’s too early in the year to be planting spring bulbs, but there’s no harm in planning next year’s display. Rachel and her mother were very taken by some of the combinations on offer at Keukenhof this year, particularly the pink and white tulips growing together in a bed. The pink one was called ‘Flaming Purissima’ and the white double ‘Exotic Emperor’. They also liked the pastel-coloured display in the wood shown here. It was made up of the following bulbs.

It’s time to plant out sweet peas. For best results, dig over the soil beforehand adding plenty of well-rotted manure or garden compost as you go. Monty likes to use hazel bean sticks as a support, but a wigwam of bamboo canes will do the job just as well. Plant them deeply and then water them in really well. Don’t worry if you don’t see any signs of growth for the first week or so. They’ll soon get established.

Annual weeds can grow at quite a pace in the spring, especially when the weather is warm and wet. Hoeing is often the best way of dealing with them on the veg plot, provided you do this on a dry day with a sharp hoe. Lightly skim the surface of the soil, cutting through the weeds as you go. There’s no need to gather them up – just leave them to shrivel in the sun.

Biennials grow one year and flower the next, so you need to sow them now to guarantee a good display next year. Examples include wallflowers, foxgloves, honesty and sweet william. This can be done outside in a spare corner of your garden. Rake the soil to a fine tilth before sowing thinly in rows. Keep well watered until you’re ready to plant them out in the autumn.

Gardeners’ World episode 10 2013: Monty Don celebrates the arrival of spring at Longmeadow where his tulips are looking fantastic.