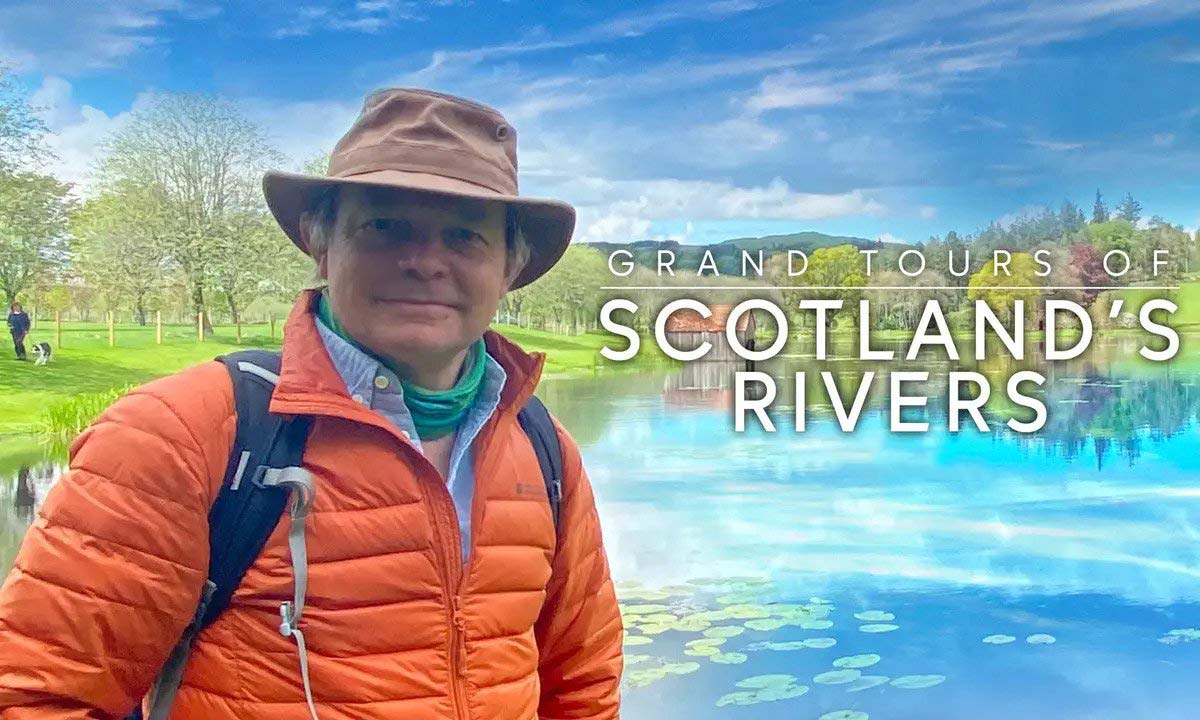 Grand Tours of Scotland’s Rivers episode 3: Paul explores the lower reaches of the river Spey – Scotland’s third longest river, famous for its forests, whisky distilleries and salmon – as it flows north towards the coast. On the way Paul hears tales of loggers who floated timber down the river from the 17th century onwards. He then takes to the water in a canoe and discovers the rare and endangered freshwater mussels that were once harvested for their precious pearls, which adorn royal crowns.

Sampling a dram of the original water of life, Paul reaches the mouth of the Spey where shipyards launched vessels to sail the seven seas. Finally, Paul meets the last salmon net fisherman on the river and learns how nets were used to catch the fish, which were then packed in ice and sent by rail to London.

The River Spey is a river in the northeast of Scotland. At 98 mi it is the eighth longest river in the United Kingdom, as well as the second longest and fastest-flowing river in Scotland. It is important for salmon fishing and whisky production.

The Spey is 107 miles (172 km) long. It rises at over 1,000 feet (300 m) at Loch Spey in Corrieyairack Forest in the Scottish Highlands, 10 miles (16 km) south of Fort Augustus. Some miles downstream from its source it is impounded by Spey Dam before continuing a descent through Newtonmore and Kingussie, crossing Loch Insh before reaching Aviemore, giving its name to Strathspey. From there it flows the remaining 60 miles (97 km) north-east to the Moray Firth, reaching the sea 5 miles (8 km) west of Buckie.

On some sections of its course, the Spey changes course frequently, either gradually as a result of deposition and erosion from normal flow, or in a matter of hours as a result of spate. The Spey spates quickly due to its wide mountainous catchment area as a result of rainfall or snow-melt. Insh Marshes, an area of roughly two square miles (5 km2) on either side of the Spey in its middle reaches are designated by Scottish Natural Heritage as a Site of Special Scientific Interest, as are the extensive shingle systems at Spey Bay.