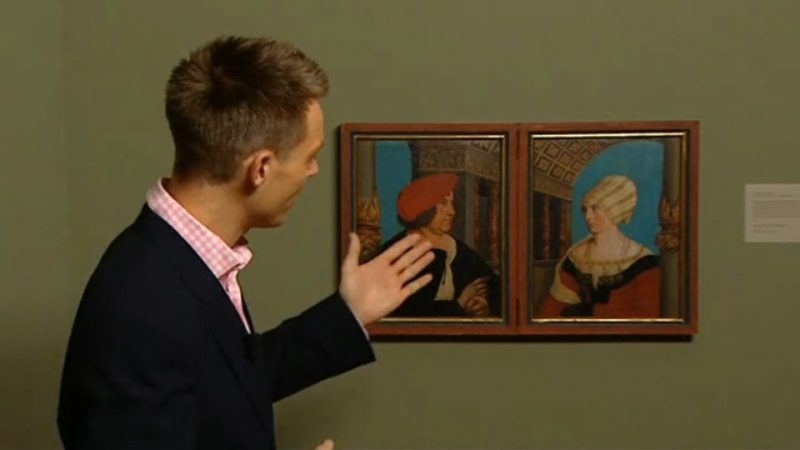 Hans Holbein the Younger has claims to be the greatest portrait painter who ever wielded a brush, a central figure in the spread of the Renaissance in Northern Europe whose deftness and remarkable accuracy captured the spirit and faces of the court of Henry VIII. He made the human individual seem more real and more exposed than any other artists before him and is the father of a tradition of portraiture which continues to this day.

In the programme Tim Marlow looks at works such as Holbein’s portraits of Erasmus and Henry VIII, as well as one of the most fascinating paintings in the history of art, The Ambassadors.