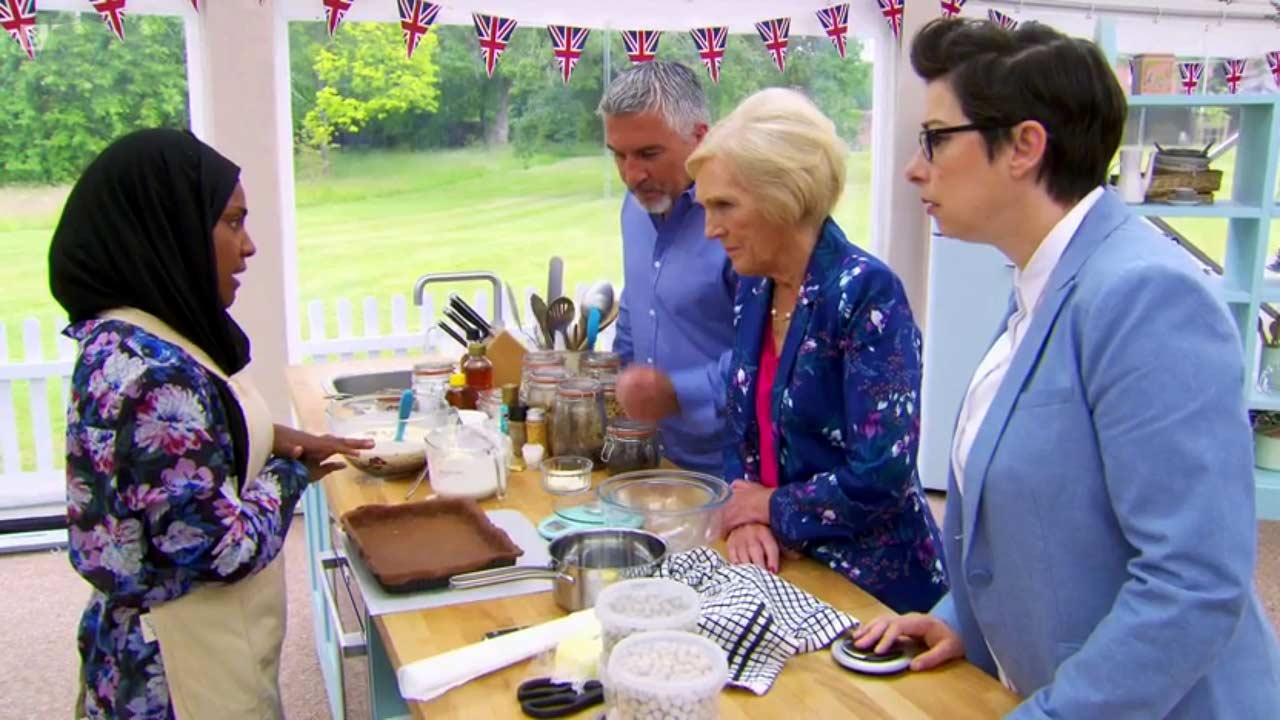 Great British Bake Off episode 9 2015 – Chocolate: The semifinalists face the pressure of one of the most difficult ingredients: chocolate. For the first challenge, the bakers have three hours to make a chocolate tart. The tart must be ornate, intricate, and full on flavor. For the technical challenge, the bakers face a staggered start, and each are given one hour and fifteen minutes to make a chocolate soufflé. A chocolate centerpiece is set as the showstopper. In four hours, the bakers must create an ornate centerpiece using white chocolate in some form – the centerpiece having to be free-standing and attractive.

Great British Bake Off episode 9 2015 - Chocolate: The semifinalists face the pressure of one of the most difficult ingredients: chocolate.

The Hairy Bikers Home for Christmas episode 1 – The Big Day