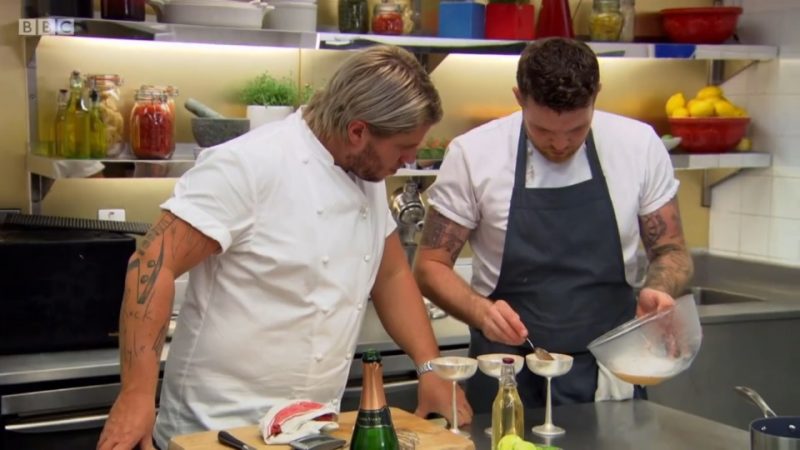 This week in Great British Menu episode 10 2017, it is the south west heats as two ambitious newcomers, Tom Brown and Andy Clatworthy, take on returning chef Dominic Chapman.The two remaining chefs compete for a place in the national finals.

To get there, they must impress the formidable panel of judges – Oliver Peyton, Matthew Fort and for the first time this year, broadcaster and restaurateur Andi Oliver. Today they are joined in the chamber by guest judge Marion Regan, whose farm provides the famous Wimbledon strawberries to the championships.

Both chefs raise their game and impress the judges with their inventive dishes, but only one can go through to represent the south west of England in the national finals.

This week in Great British Menu episode 10 2017 – Southwest Judging - the two remaining chefs compete for a place in the national finals.