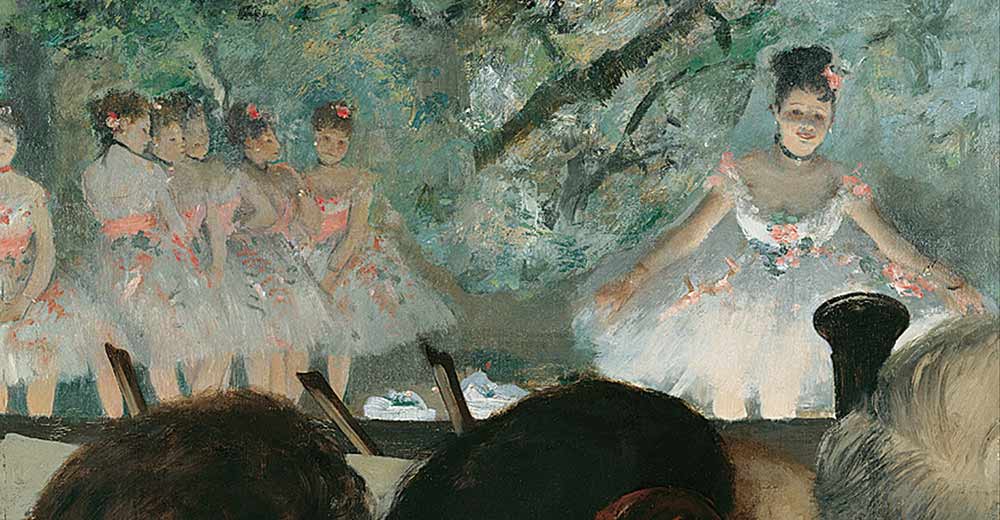 By looking at his artistic development Impressionists episode 5 shows that although Edgar Degas was a central figure amongst the Impressionists, he differed stylistically from the other members of the group, refusing for instance to paint outdoors.

Edgar Degas (1834 – 1917) was a French artist famous for his paintings, sculptures, prints, and drawings. He is especially identified with the subject of dance; more than half of his works depict dancers. Regarded as one of the founders of Impressionism, he rejected the term, preferring to be called a realist. He was a superb draftsman, and particularly masterly in depicting movement, as can be seen in his rendition of dancers, racecourse subjects and female nudes. His portraits are notable for their psychological complexity and for their portrayal of human isolation.

At the beginning of his career, Degas wanted to be a history painter, a calling for which he was well prepared by his rigorous academic training and close study of classical art. In his early thirties, he changed course, and by bringing the traditional methods of a history painter to bear on contemporary subject matter, he became a classical painter of modern life.

Degas was born in Paris, France, into a moderately wealthy family. He was the oldest of five children of Célestine Musson De Gas, a Creole from New Orleans, Louisiana, and Augustin De Gas, a banker. His maternal grandfather Germain Musson, was born in Port-au-Prince, Haiti of French descent and had settled in New Orleans in 1810. Degas (he adopted this less grandiose spelling of his family name when he became an adult) began his schooling at age eleven, enrolling in the Lycée Louis-le-Grand. His mother died when he was thirteen, and his father and grandfather became the main influences on him for the remainder of his youth

Romancing the Stone – The Golden Ages of British Sculpture episode 1