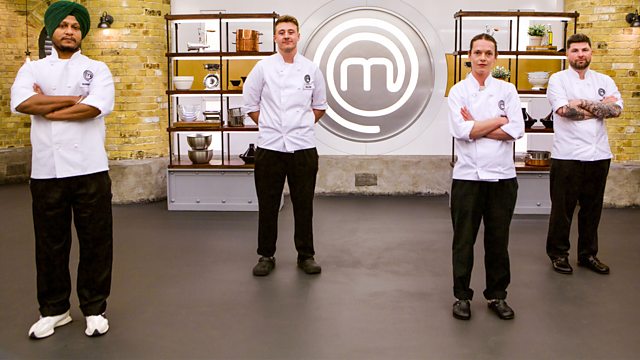 MasterChef The Professionals 2022 episode 1: New judge Anna Haugh, Marcus Wareing and Gregg Wallace preside over the UK’s most revered cooking competition, as 32 ambitious chefs from across the country compete to become the 2022 champion. In tonight’s opening heat, the first four professional chefs step into the MasterChef kitchen. To progress in the competition, they must impress in two challenges: the infamous Skills Test and the Signature Menu round.

The first two chefs face a Skills Test set by Anna, who gives them 20 minutes to open oysters and serve them poached and smoked in a beurre blanc sauce. Can the chefs keep their hands steady enough to open the tricky shellfish without damage and demonstrate enough classic cookery knowledge to show they have what it takes? The remaining two chefs are set a pastry Skills Test by Marcus. Their task is to make a summer fruit tart with jam, crème pâtissière and piped Italian meringue. Who will be able to draw on their experience in pastry to put together the well-executed and sublime dessert the judges are looking for?

Finally, all four chefs have one last opportunity to stand out when they cook their own two-course Signature Menu. This is their chance to show off their style and flair with a tried and tested main course and dessert. Only the best chefs will go through to the quarter-final and move a step closer to being crowned MasterChef: The Professionals champion 2022.