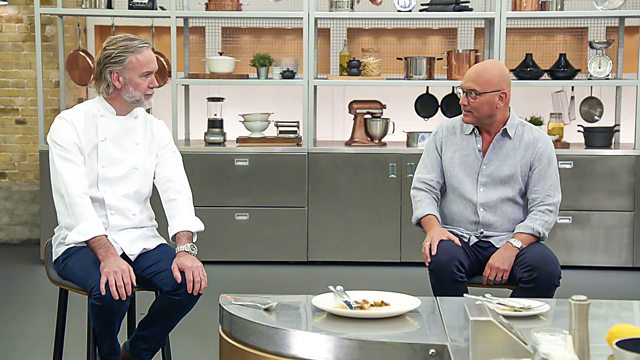 MasterChef The Professionals 2022 episode 5: In the second heat of the week, four of the country’s most determined chefs make the journey to the MasterChef kitchen, ready to fight for the coveted title. Ahead of them are two challenges set to test their knowledge, skills, flair and imagination, all under the unforgiving gaze of Anna, Marcus and Gregg. Only the best two chefs will remain in the running and continue on to the quarter-final.

It’s no easy start as the chefs face one of the competition’s most terrifying rounds: the Skills Test. The first two chefs are set a butchery challenge by Anna. With a saddle of rabbit on their bench, they must remove the loins and offal, and cook and serve them with a morel sauce. Who will be able to dig deep into their repertoire to handle the task ahead?

The last two chefs must complete Marcus’s Skills Test. He gives them a whole crab and asks them to use the white meat in sweetcorn velouté and the brown crab meat on a crouton. Who will keep their calm and turn the crab on their bench into a dish to impress? In the second challenge, all four chefs have the opportunity to wow the judges with their own Signature Menu. They have one hour and 30 minutes to showcase their style, technique and eye for plating, and serve up a dish worthy of a quarter-final place. After this round, only the two best chefs will continue in the battle to be crowned MasterChef: The Professionals champion 2022.

MasterChef The Professionals 2022 episode 5: In the second heat of the week, four of the country’s most determined chefs make the journey